90% Of COVID Deaths In Kerala Among Unvaccinated: Govt Study

In what is yet another proof of why it is essential to get vaccinated for COVID-19, a study in Kerala found that 90% of deaths in a two-and-a-half-month period were reported among the unvaccinated. The study was conducted by the Kerala health department from June 18 to September 5, a period during which the state witnessed a spike in COVID-19 cases due to the virulent Delta variant, which is believed to be behind the aggressive second wave in India. In a statement on Thursday, Kerala Health Minister Veena George said that "90% of deaths are among those who have been unvaccinated and have co-morbidity condition." Although daily cases across India have dipped, the southern state is witnessing a massive spike, with 26,200 cases and 125 deaths recorded on Thursday. 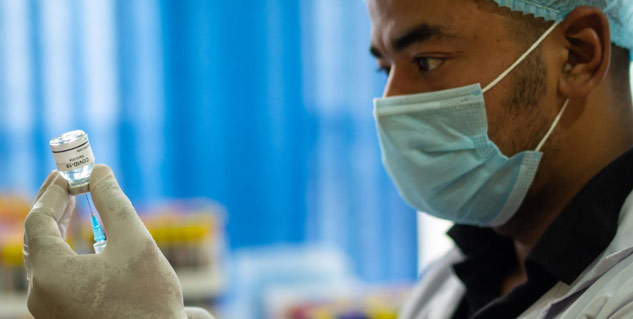 Like the rest of India, Kerala started its mass-vaccination drive against COVID-19 on January 16. As per the Union government’s data, the state has administered doses. India started its mass immunisation drive against the novel coronavirus on January 16. As per the latest count, 72,37,84,586 vaccine doses have been administered.

Also read: COVID Booster Shots: Expert Explains What It Is, Who Needs It, Its Benefits, Side Effects

The vaccines will be instrumental in reining in the novel coronavirus, especially since experts have warned of a possible third wave, which has been predicted to peak as soon as October. A government panel has warned that this time, the children might be at risk. Although the Centre has approved Zydus Cadila’s COVID shot for above 12-year-olds, it is yet to open the vaccination for kids.

MORE FOR YOU
Is Diet Soda Harmful For Our Health? Know The 5 Main Risks
Expert Talk: Symptoms And Treatment For H1N1 Flu
What Is Mosquirix, The First Malaria Vaccine Approved By WHO
How Post-Covid Loss Of Smell Or Taste Affects Cognition? Study Finds
Monkeypox: Researches Underway To See If Mutations Are The Reason Behind Spread Of Disease
Swine Flu Outbreak In Mumbai: Prevention & Management Tips

COVID Booster Shots: Expert Explains What It Is, Who Needs It, Its Benefits, Side Effects