Yoga Poses To Release Stress And Anxiety In Kids During Lockdown

Yoga for kids can be equally helpful in managing stress and anxiety. Know how it can be done

Staying indoors all the time and losing touch with their friends is not easy for children who are facing various mental health issues due to extended and frequent lockdowns. Increased screen time and reduced physical activity is affecting their mind and body in ways we cannot fully decipher. Kids do not need any additional exercises in normal times as playing outdoors with their friends takes care of their physical as well as mental health. But inside the home in a limited space, the little ones in the absence of their comfort zones are struggling with stress and anxiety that builds up over the time as it gets no outlet for release. Another benefit that came to them by playing outdoors was sunlight, a rich source of Vitamin D. In long term all these issues can pile up and lead to many health problems for children who are still in their formative years.

With its right combination of stretching, breathing and appropriate postures, Yoga can help kids improve their health in these trying times with some easy asanas or poses that they can practice at home in supervision of their parents.

Why Kids Are Suffering From Emotional Pain During Lockdown

Himalaya Siddha Grand Master Akshar, Yogapreneur and Life Coach, says it’s very important for kids to release stress that accumulates while being confined to home. He says lot of it is emotional pain which the child cannot express and that could lead to a lot of problems later on in life. 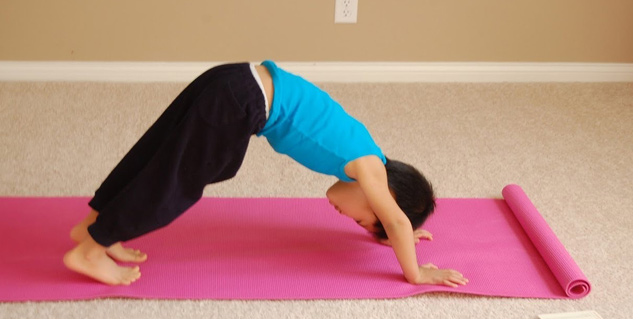 “It is very normal for kids to get anxious and stress during these times because of various restrictions. Their physical movement or exercise has stopped because of which they may face various kinds of pains. It could also be emotional pain. For example, if a child was used to playing football, their muscles are trained accordingly. Now it that is stopped completely, it will have an impact on them,” says the acclaimed Yoga Guru.

Children are also glued to their gadgets all the time which affects not only their mind but postures that results in muscle strain.

“The postures of children are getting affected due to the overuse of gadgets. For example, if I am holding the mobile, after some time my neck muscles would be affected. There is 5-6 times more pressure on the body due to everything going online compared to earlier. There is no system to release it,” he says.

Yogasanas To Improve Physical And Mental Health Of Children

Grand Master Akshar recommends a set of Yoga Asanas and Pranayamas to relieve stress and anxiety in kids, smooth functioning of their brains, and also to keep their bodies healthy.

In the first set, he recommends some cardiomuscular exercises.

1) Surya Namaskar (Sun Salutation): While doing this, children have to move with speed. Practicing this early in the morning will also help children get the required vitamin D and B 12 levels. The movement of this pose helps to circulate these essential nutrients in the body. Even if you are not able to take sunlight by doing exercise, in the early morning itself if you do this exercise, it will help the body to create vitamin D and B12. It also helps release the emotional pain in the body so that it doesn't harm them later on in life. 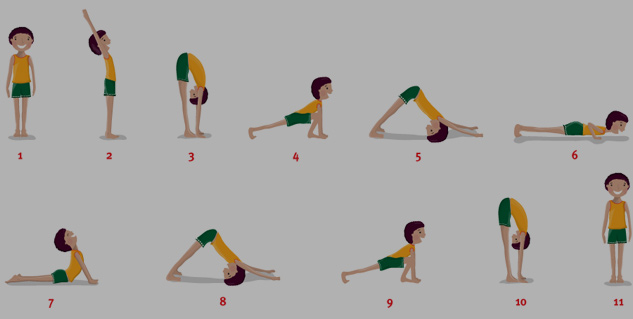 2) Padahastaasana (Hand to Foot pose): It is a very useful asana because it helps the blood flow move towards the brain. It also helps manage the emotional pain of kids and release the stress and anxiety of children.

3) Paschimottanasana (Seated Forward Bend Pose): This will help relieve stress from back and spine. Even if this is done for 2-3 times a day, there are great benefits of it. Paschimottanasana is also helpful in weight loss.

4) Chakrasana (Wheel Pose): It is a backward bend and this needs to be done very slowly and it is not advisable to hold these asanas for a longer duration.  Kids must be guided by their parents while attempting these asanas. 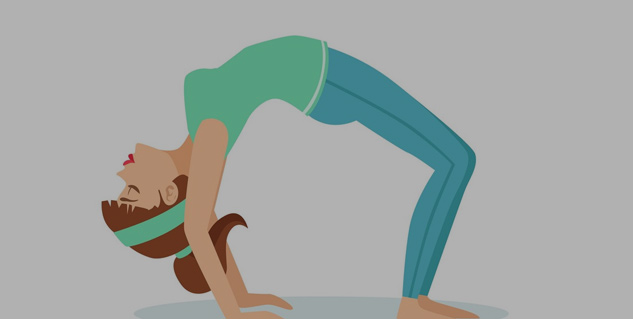 The Yoga Guru also recommends three Pranayamas to build lung capacity, maintain and regular oxygen in the body and improving the breathing process. It also helps relieve the stress and the pain and they heal as well as prepares for defence against any infection.

These are as following:

Yoga is also a very effective way to develop positive habits in children at this tender age as this would benefit them later in life. It also help develop resilience in them so that any crisis in life would only make them stronger and better.