Heart attack can be a life-threatening situation. Know these 8 symptoms of heart attack that are faced by women.

Heart Attack or any heart disorder is very dangerous situation as it can lead to life-threatening consequences. Women already suffer from a lot of problems and challenges in their daily life, also they have a higher risk of having heart attack. It is found in various studies that women are more vulnerable to heart attack than men. This happens due to various reasons most of them are similar to that of men. However symptoms of heart attack for women are slightly different from men. Hence it is important to understand symptoms of heart attack in women and risk factors which can lead them to this serious heart problem.

Why do women have more heart attacks?

OnlyMyHealth consulted Dr. Zaheer Qureshi, Consultant in Department of Cardiology in BNK Hospital, Bangalore. He said that women have higher tendency of falling for heart attack because there are some women specific problems that increase the risk of heart attacks. This can be due to polycystic ovary syndrome and some other conditions. Another factor in this is that women start experiencing symptoms of heart attack much earlier than men, it can also be several weeks before because of which it is not taken that seriously. Also survival rate of heart attack in women are also comparatively less than men. It happens because many women get a silent heart attack which does not have same symptoms like a regular heart attack, thus leading to this problem. 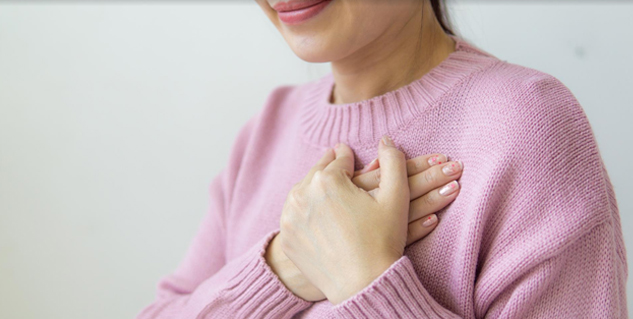 8 Symptoms of Heart Attack in Women

Chest pain happens to both men and women but the level of discomfort and how they feel about it may differ. Females usually experience squeezing, aching pain in their chest that causes tightness whereas men experience extreme tightness and chest pain. The fact is that some females may not even feel chest pain while having a heart attack, it just happens with a slight discomfort that can be mistaken for any other normal pain. This happens because of silent heart attack in females.

As women start experiencing heart attack symptoms from week before the actual attack, it is possible that they have weakness in their body in those weeks. In this phase you may feel very weak and sometimes your body might also shiver because of sudden weakness. This should not be taken for granted and you need to consult your doctor immediately. If you are going to have a heart attack, you may also feel anxiety, dizziness, fainting and light headedness during the phase before heart attack. 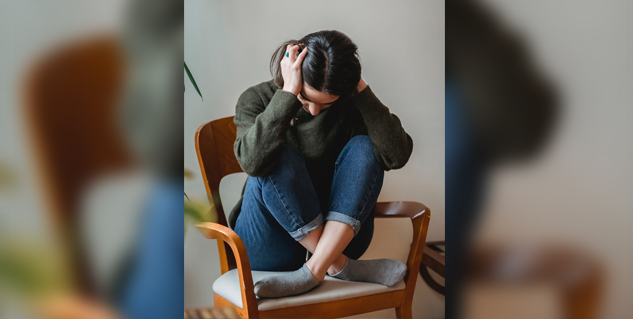 Upper body ache might feel like a regular symptom but it is not. In general cases, people have body ache on either side of the body. But before a heart attack, a woman may face usual pain in their upper body which can be very discomforting and stressful. It can include having pain in upper back, arms, neck and jaw as well.

Pain starts in women from one body part and then spread to other parts gradually before a having a heart attack.

Also Read- Is Your Heart Weak? Know Symptoms, Causes and Treatment Of A Weak Heart

Excessive sweating is one of the major symptoms of having heart attack in women. Males do not have sweating as a symptom of heart attack in majority of cases. There can be sudden sweating while you are working or just lying on the bed. Along with sweating you might also feel sudden cold or clammy temperature which is an evident sign of heart attack. 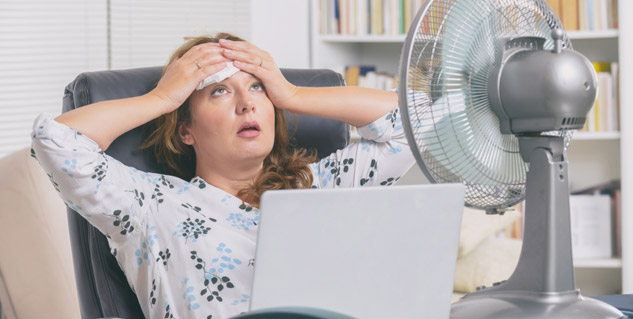 Fatigue is accompanied by sweating and weakness in most cases. All three symptoms are quite limited to women and do not occur in males until the final heart attack. In most cases women reported of extreme fatigue which happens just some time before the heart attack happens. In this time weakness comes to a level where you can no longer even do general activities and it becomes best to get medical attention as soon as possible.

Women also feel pain, discomfort and pressure in their abdominal region before reaching the final stage. This is a symptom of heart attack limited to women. They may also suffer from nausea, ingestion and vomiting before they have chances of getting a heart attack. Stomach problems may lead to digestive issues with it and cause fatigue situation, you may not even feel of eating anything during this period.

More than half of the women suffering of heart attack reported of having problem getting sleep. Few nights before heart attack occur; you may start having problems with sleep. Either you may not be able to sleep or have wake up in unusual manner in the middle of the night several times. You may also feel tired inspite of taking more rest and enough sleep. If you face such issues then it is better to consult a doctor and get proper diagnosis.

World Heart Day 2021: 25 YO Saved From Fatal Heart Attack, Know How It Was Done