COPD Day 2021: Know All About Lung Attack And Tips To Manage This Condition

Here is everything that you need to know about COPD, Lung attack along with management tips and people who are vulnerable to this condition.

At this time of the year when the country’s very own capital and it’s surrounding areas are grappling with rising levels of air pollution and degrading air quality, it has surely made life difficult for everyone. With the rapid rise in the pollution levels the complaints about respiratory disorders and lung patients have also increased over the past decade. This poor air quality has become a threat not just to people’s health but also to their life. Where the dense layer of smog has been worsening ever since, it has been giving rise to various health issues with COPD and lung attacks being the major one’s. With COPD being a treatable and preventable yet an irreversible lung disease, let us take a step ahead and dig deeper into this article to know about what COPD and lung attack is? How Vulnerable are you to a lung attack and some tips to prevent this severe condition with our expert Dr. Nevin Kishore, Head- Bronchoscopy & Senior Consultant, Department of Respiratory Medicine, Max Hospital, Gurugram.

What is a Lung Attack? 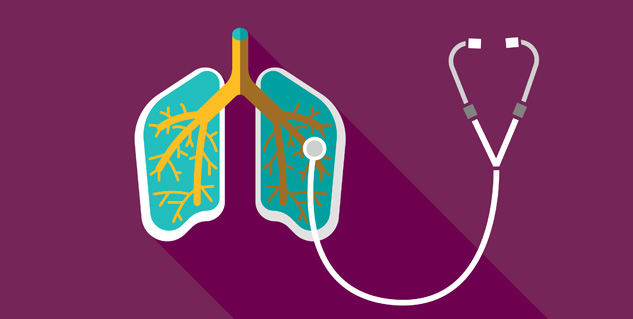 In order to understand what a lung attack is, firstly it is important to know all about Chronic Obstructive PulmonaryDisease(COPD).Chronic Obstructive Pulmonary Disease is an umbrella term that is used when a person suffers for one or more lung conditions for a long period of time. Being a completely irreversible situation, COPD is a chronic lung disease that causes an obstructed airflow from the lungs Where the symptoms of this disease do not appear until a significant lung damage has occurred. Where these symptoms tend to get even worse with time, an exposure to smoke and pollution has a great impact on it. A continuous and long term exposure to smoke and a bad air quality and irritating gas are some of the most common causes of COPD. Some of the common symptoms of COPD might include-

Where an exposure to tobacco smoke and fumes in poorly ventilated rooms was said to be the common causes of COPD, the tables have now been turned and the rising pollution levels and the continuously degrading air quality has a lot to do with this disease. At one hand where Chronic Obstructive Pulmonary Disease is a long term lung condition that causes difficulty in breathing, lung attack is a term used for the sudden worsening of this condition amongst patients. Chronic Obstructive Pulmonary Disease symptoms such as fever, chest pain, breathing difficulty and coughing tends to get worse with a lung attack. Here’s what Dr. Nevin Kishore has to say about this- “Most of the times patients with Chronic Obstructive Pulmonary Disease visit the doctor with complaints about cough, inability to climb stairs or run fast, breathlessness, mucus production and wheezing sound. When measured the oxygen levels of such patients are lower than normal. As this disease progresses, these patients get crippeled by it and would require a continuous and long term oxygen at home.”

Who Is Most Vulnerable To This Condition?

Lung attack is a condition caused due to the sudden worsening of Chronic Obstructive Pulmonary Disease symptoms. As a person who has already been suffering from lung issues such as chronic bronchitis and emphysema. Chronic bronchitis is a condition in which the air carrying inner lining of the bronchial tube gets inflamed. In this condition one might experience mucus production and continue coughing. On the other hand in emphysema the alveoli at the end of the lung’s air passage gets inflamed and destroyed.

Also Read: World COPD Day 2021: What Is The Effect Of COPD On Lungs? Expert Talks About Treatment Options And Prevention

Where people who are heavy smokers or are exposed to smoke on a regular basis then if it is from tobacco, factories, irritant gases or pollution are at a higher risk of getting affected by this condition.

As of now we have got to know all about the Chronic Obstructive Pulmonary Disease, lung attack along with its causes, symptoms and people who are more vulnerable to getting affected by this condition. Let us take a close look at a few ways to manage a lung attack that one can follow to keep this condition at bay.

Where our lifestyle habits have a direct impact upon our health, it is important to make some lifestyle changes when it comes to managing irreversible conditions such as Chronic Obstructive Pulmonary Disease. Where a person affected with COPD is supposed to quit smoking entirely, it is also important for them to stay away from second hand smoke. This means that a person suffering from COPD needs to maintain a distance from any kind of smoke that is being emitted from burning tobacco products such as cigarettes, hookah and cigars. 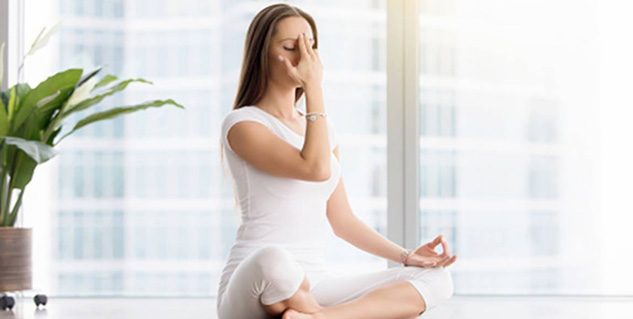 Where the ancient Indian practice of Yoga has gained so much of popularity worldwide in recent times, it is important that we turn towards our roots and start adopting it in order to aid the treatment. Yoga consists of several breathing exercises and pranayama such as ocean’s breath, solar breath and alternate nostril breathing. These pranayama are said to have a direct impact on a person’s respiratory system and improve the lung capacity along with aiding the treatment for various lung conditions.

As we are aware that COPD is an irreversible condition and lung attacks are the sudden worsening of COPD symptoms, the proper management of this condition becomes very important. Proper healthy and nutritious diet is very important when it comes to managing any severe disease or condition. A diet high in fats and low in carbs is said to be the best when it comes to COPD management.

Where managing a disease is one thing and treating it is another. Disease management can be done by some simple tweaks in your lifestyle habits and by adapting some healthy practice but a treatment requires proper medical care. Here’s what Dr. Nevin Kishore has to say about the treatment options available to treat this condition -“Once the diagnosis of the condition is established through a test, the patient’s medication is started. The most important one out of these medications is the use of inhalers. As these inhalers aim to decrease the already caused damage to the lung but are still unable to reverse it completely. Along with these inhalers other medications are also prescribed in order to improve the lung functioning of these patients. Where medical science has advanced to such a large extent, despite being a life threatening disease, COPD  patients can be treated if they make an effort in order to adopt an active lifestyle, physiotherapy, healthy diet, yoga and breathing exercises. “

MORE FOR YOU
How To Stop Foot Pain Caused Due To Cold Weather
Consuming Tea Everyday? How It Might Benefit Your Health
7 Possible Causes Of Heart Failure
Know Potential Health Benefits And Side Effects of Psyllium Husk
Expert Debunks The Myths About Thyroid
7 Health Benefits Of Doing Surya Namaskar Regularly

World COPD Day 2021: What Is The Effect Of COPD On Lungs? Expert Talks About Treatment Options And Prevention