Alzheimer’s disease has different conditions affecting a person. Read to know about 5A’s of Alzheimer’s

What are these 5A’s of Alzheimer’s disease?

Well, according to Dr. Tanu Chowdhury, the 5A’s are actually mental health disorders that are also symptoms of Alheimer’s Disease. These conditions actually tell about different evident conditions that a person suffers during AD. It can be forgetting about people, assessment of problems, understanding what is being told, problem in speaking and so on. Amnesia, Aphasia, Apraxia, Anomic Aphasia and Agnosia are 5 conditions that are a part of Alzheimer’s disease. These conditions can result in severe brain damage or brain issues in later stages of life. In this condition there is a high chance that a person suffers from memory loss and does not remember what he said or did. He may forget his memories at a slow rate which might later become a full memory loss. In amnesia it becomes difficult to remember things as time passes. People of these cases do not even remember their kids or closed ones after a time which is quite disheartening.

There are 2 types of Amnesia

Retrograde amnesia- In this type of amnesia memory loss occurs for a limited period and it cannot improve as the condition recovers. This case of amnesia occurs in people that get amnesia because of internal injury or affect on brain physically. It becomes hard for them to retrieve those memories that have occurred before they had that injury on their brain. It hinders their past memories stored in the brain.

Anterograde Amnesia- in this type of memory loss, the person forgets about the present events that are happening as is seen to be lost most of the times. It is presented in brain injury and develops another disease.

This condition in Alzheimer occurs when there is loss of communication. In aphasia a person is unable to spread to communicate to other people because he loses his ability to find the right words. He may pronounce or speak irrelevant or incorrect information to people that does not know anything about it. In the worse situation, it gets to a level where the person is impaired to speak properly and lacks language in speech. Aphasia not only affects language but way to express words as well. Alzheimer’s disease in this condition affects the motor skill of the person. In this condition a person is unable to control its motor functions properly and it feels like he is acting weird. Apraxia makes a person lose his cognitive functioning to a level that he may be unable to do his physical activities and daily work effectively. In later stages it can go upto extent where he may have problem bathing on their own, dressing or even walking properly. Due to these changes in the body, he may increase risk of falling and injuring himself quite often. Thus people of apraxia need a nursing care with them most of the time.

Also Read- Whipworm Infection: All You Need To Know About This Parasitic Infection

Agnosia is impairment of receive signals. This means in this condition even though a person may be able to speak properly but he is unable to understand what is being told by another person in return. Not only is it limited communication, it loses his major senses that are- 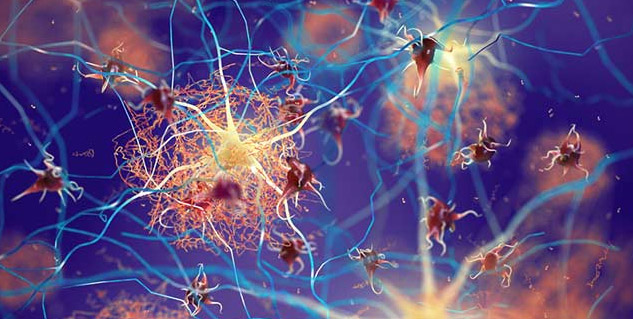 For a person suffering from agnosia, it becomes really difficult to live or communicate because he may feel like nothing is working and he is all alone. According to Dr. Tanu, a lot of patients who have agnosia suffer from depression because they lose most of their senses and abilities which a normal person does. He may even not be able to recognize his loved ones after a particular stage that makes him mentally dead.

It is another condition of Alzheimer’s in which he suffers problems of aphasia along with trauma and impairment of speech. A person suffering from this condition is unable t communicate or tell his need to any person properly. Even expressions and non-linear language also becomes ineffective as he faces trouble in speaking and making up signs. If a person is going through this stage, it means that his brain cells are getting damaged at a rapid rate and it can become hard for the person to live for long. Anomic aphasia affects left side of the brain and can be very troublesome condition suffering from it.

All You Need To Know About Staph Skin Infection, Symptoms And Treatment