Working Late at Nights can Make you Feel Sick

The genes that set the body clock are intimately connected to certain immune cells. When this rhythm is thrown off, immune system can be affected.

Working late at night might be the reason behind you getting sick, revealed a new study. 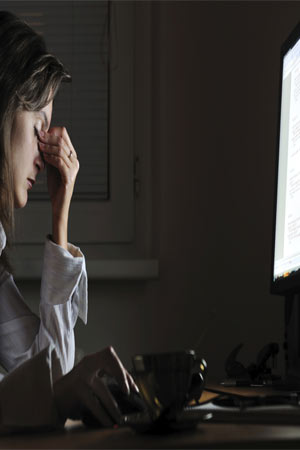 The genes that set the body clock are intimately connected to certain immune cells. The body's internal clock is set for two 12-hour periods of light and darkness, and when this rhythm is thrown off, so is the immune system.

Researchers at the University of Texas Southwestern Medical Center in Dallas were studying NFIL3, a protein that guides the development of certain immune cells and turns on the activity of others. The gene for this protein is mutated in some patients with inflammatory bowel disease.

The study on mice also found that lacking the gene for NFIL3 had more so-called TH17 cells in their intestines. These cells are a type of immune cell known as a T cell, which get their name from a signal they produce, called interleukin 17, which tells other T cells to increase the immune response.

The study appeared online in the journal Science.