Noticing blood in body fluids such as urine, mucus, vaginal discharge etc. are not necessarily a cause of alarm, while others can indicate a serious underlying issue. There are a host of reasons that can be behind the bleeding, here are a few of the common ones. 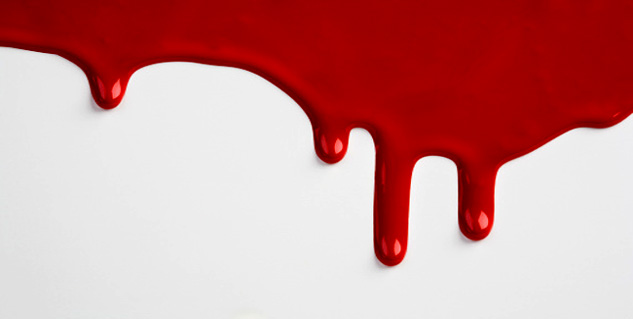 Blood in urine is also called as hematuria, this condition can be caused from problems related to your urinary tract or kidneys. If you experience pain and a burning sensation while urinating along with the bleeding, you might have contracted a urinary tract infection. Kidney infections or kidney and bladder stones can also be a reason why you are seeing blood in your urine. Other causes of hematuria can range from certain medications, strenuous exercise, kidney injury and even some other serious underlying causes. No matter what the cause, it is advisable to consult your doctor.

Spotting blood in your sputum can be indicative of a common infection of lungs or airway to a medical emergency condition such as pulmonary edema. Sometimes coughing too much can cause little blood vessels in the throat to rupture which can result in bleeding, however if the bleeding cannot be attributed to a common, treatable condition it is very important to seek medical help immediately.

Some amount of blood in breast milk is actually pretty common amongst new or first time mothers. Cracked or broken nipples, injury or incorrect handling of a breast pump can result in bleeding. It is completely safe however, and the mother can continue breastfeeding even if there is a little blood in the milk. The bleeding usually stops with time as the breast tissue heals.

Noticing blood in vaginal discharge, when you are not on your period can be uncomfortable and perturbing. Usually the vaginal discharge is clear and without any smell, but if you spot blood especially at a time when you should not be having your period, it can mean different things. The bleeding might be because you are ovulating, an internal injury, vaginal infections, cervicitis etc.

Having blood in semen sounds dangerous and can make any man concerned. The good news is that it is not always a cause of a medical problem and sometimes it goes away on its own. If you are younger than 40 and are experiencing this symptom, chances are that the blood will disappear by itself. However blood in semen, combined with old age, or repetitive occurrences of bleeding should immediately be diagnosed by a medical practitioner.