What are Lung Diseases and How are They Caused

Lung diseases refer to any pathology that can affect the lungs and the related structures. They happen due to problems in lungs’ airways, lung tissues or blood vessels.

Our lungs expand and relax thousands of times each day to bring in oxygen and discharge carbon dioxide. Problems in any part of the system can result into lung diseases.

In the respiratory system, our windpipe (trachea) is divided into tubes called bronchi, which branch out further into smaller tubes throughout the lungs. Some diseases affect these airways causing lung problems. These diseases usually cause a narrowing or blockage of the airways.

Asthma- It is a respiratory condition marked by attacks of spasm in the bronchi of the lungs, causing difficulty in breathing. It is usually connected to allergic reaction or other forms of hypersensitivity.

Chronic obstructive pulmonary disease (COPD)- They are a collection of lung diseases, including chronic bronchitis, emphysema and chronic obstructive airways disease. People with COPD have trouble breathing in and out, due to long-term damage to the lungs, usually because of smoking. 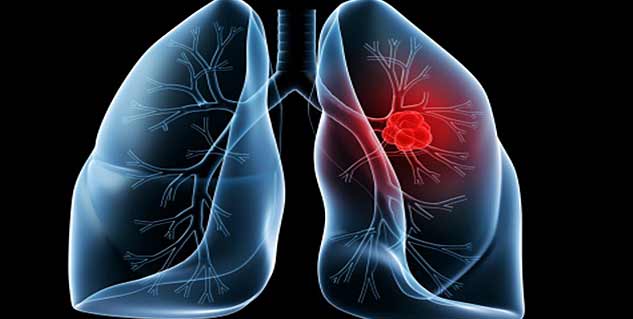 Chronic Bronchitis- Chronic bronchitis is one type of COPD. The inflamed bronchi produce a lot of mucus. This leads to cough and difficulty getting air in and out of the lungs. Cigarette smoking is the most common cause.

Emphysema- Again a type of COPD, it is a lung condition in which tiny air sacs in the lungs - alveoli - fill up with air. As the air continues to build up in these sacs, they expand, and may break or become damaged and form scar tissue. The patient becomes progressively short of breath.

Acute Bronchitis- Also known as chest cold, acute bronchitis is an inflammation of the large bronchi (medium-size airways) in the lungs that is usually caused by viruses or bacteria and may last several days or weeks.

Cystic fibrosis- It is defined as a hereditary disorder affecting the exocrine glands. It causes the production of abnormally thick mucus, leading to the blockage of the pancreatic ducts, intestines, and bronchi and often resulting in respiratory infection.

These diseases affect the structure of the lung tissue. Scarring or inflammation of the tissue makes the lungs unable to expand fully ("restrictive lung disease"). This makes it hard for the lungs to take in oxygen and release carbon dioxide. People with this type of lung disorder often say they feel as if they are "wearing a too-tight sweater or vest" that doesn't allow them to breathe deeply.

Pulmonary Fibrosis- It is the formation or development of excess fibrous connective tissue (fibrosis) in the lungs. It is also described as "scarring of the lung". It is one of the restrictive conditions of human respiratory disorders.

Sarcoidosis- It is a chronic disease of unknown cause characterized by the enlargement of lymph nodes in many parts of the body and the widespread appearance of granulomas derived from the reticuloendothelial system.

Many lung diseases are caused by a combination of these three types. You might have a lung disease if you are experiencing symptoms like cough, sputum production or shortness of breath persistently. Lung diseases become more likely if you have a history of smoking.