What is Celiac Disease?

Celiac disease, sometimes called sprue or celiac sprue, is an inherited intestinal disorder in which the body cannot tolerate gluten. 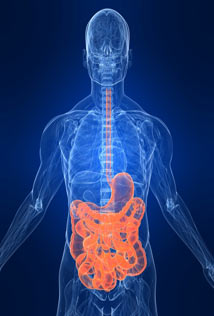 Celiac disease, sometimes called sprue or celiac sprue, is an inherited intestinal disorder in which the body cannot tolerate gluten. Gluten is a protein found in wheat, rye, barley, farina, and bulgur. When people with celiac disease eat foods containing gluten, their immune systems respond by attacking and damaging the lining of the small intestine. The small intestine is responsible for absorbing nutrients from food into the bloodstream for the body to use. When the lining is damaged, so is its ability to absorb these nutrients.

Until recently, celiac disease was considered uncommon in the United States. However, recent studies suggest that the disease may be underdiagnosed and that as many as 1 percent of all Americans could have the disease.

Celiac disease affects people differently. Some people develop symptoms as children and others as adults. Symptoms vary and may or may not occur in the digestive system. They may include diarrhea, abdominal pain, weight loss, irritability, and depression, among others. Irritability is one of the most common symptoms among children. In some cases, a diagnosis of celiac disease is missed because the symptoms are so varied and may only flare up occasionally.