Do you find it hard to stick to a diet plan? Do sugary donuts or fatty sandwiches lure you beyond control? If your answer is a yes then the happy news is that you can train your brain to want more healthier diet.

Are you one of those who wake up every morning with a strong determination of eating a healthy diet throughout the day but, eventually by the end of it you have eaten everything that came your way? Well, blame your weak willpower for that. 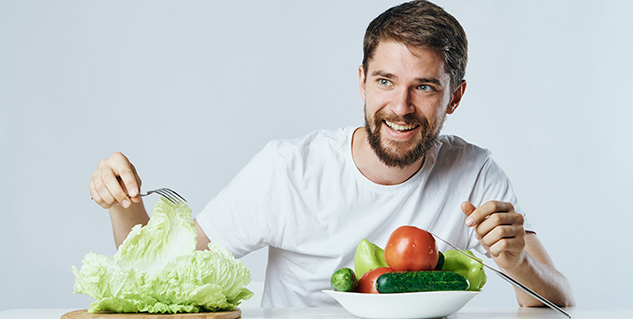 But, what’s coming your way will leave you high with euphoria. By applying a little time and discipline, you can put control over cravings to have fatty and sugary foods.

So, this is what the study says

In this recent study, the researchers divided 13 individuals into two groups after which the response of their brains to an assortment of food photos was measured. The measurement was taken using an MRI which focuses on the activity of the brain. The intervention group was made to follow a high-fiber and protein diet in order to decrease their appetite and cravings. This group was also made to reduce the intake by 500 to 1,000 calories per day in order to shed some weight.

While the intervention group had reduced an average of 14 pounds after six months, the control group had lost only five pounds.

The researchers particularly analyzed the striatum, also known as the reward center of the brain, which controls the cravings. Like, the activity level in this area of the brain becomes high when a person is made to see a photo of ice cream. This happens because the brain expects a shock of pleasurable dopamine after a sugar rush. But, this activity was found to be very less when the intervention group was made to look at high-fat, high sugar foods after six months of their diet.

what do researchers say about it?

The author of the study Susan Roberts, director of the US Department of Agriculture’s Energy Metabolism Laboratory said "we don't start out in life loving French fries and hating, for example, whole wheat pasta. This conditioning happens over time in response to eating—repeatedly—what is out there in the toxic food environment."