Tourette Syndrome In Kids: 5 Habits That Might Indicate The Onset Of This Syndrome

Tourette syndrome in kids is concerning. Even though it is believed to get milder with age, parents must see unusual changes in kids’ habits.

Tourette syndrome is one of those health complication that a kid may get in his childhood or early teens. It is a neurodevelopmental disorder which belongs to the spectrum of ‘Tic Disorders’. Tics are the sudden, uncontrolled and repetitive muscle movements which produces sounds. Some tic diorders are temporary while some like tourette syndrome persist into adolescence. Vocal and motor tics are the main characteristics of tourette syndrome. The symptoms get milder as the child enters adulthood.

When children step into this world, they are unaware of everything, so it is the parent responsible for taking proper care of their proper development. The onset of the disease in children is not a big deal, but it can be dangerous to ignore. Therefore, parents should be watchful of their kid’s walking, sleeping habits, writing, learning, behavior, etc. If you find any disparity in either of the following, it can be due to Tourette Syndrome. It is a syndrome that occurs in children between 2 and 14 years of age. Its symptoms can be easily seen in children's behavior. Although it cannot be cured but it can be controlled. Learn more about its symptoms here. 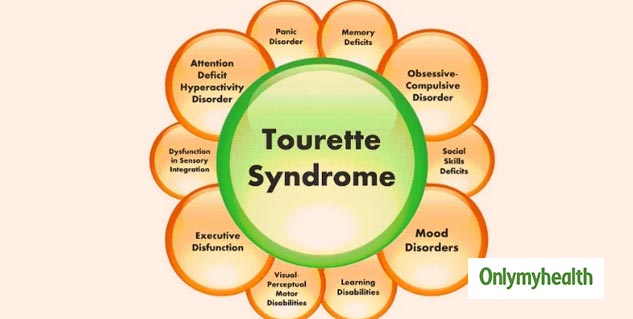 Change in movement of body parts

If the child is normal then his behavior will not be unusual. Whereas, the physical movements of a child with Tourette syndrome will be different. Frequent blinking of the eyelids, shaking of arms, shaking of lips are symptoms of this.

Children's nature is very playful and they are also naughty. It is nearly impossible for them to sit in one place as they are always running here and there. But the child who suffers from Tourette syndrome will have problems with walking, running, sitting upright, etc.

Use Of Meaningless And Incorrect Words 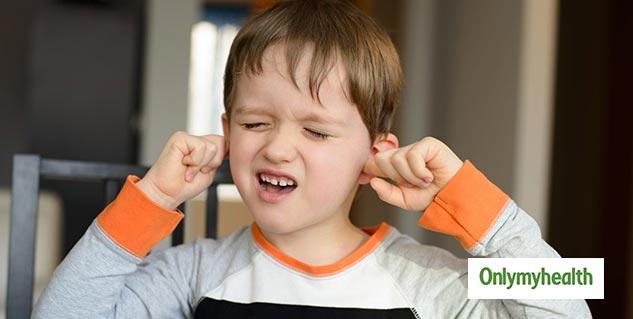 Doom ensues when children become angry. But this happens sometimes with normal children and they do not use the wrong words. But children with Tourette's syndrome will repeatedly use meaningless and incorrect words anywhere, even in public places.

Also Read: 5 Food Choices to Minimize the Impact of Air Pollution on Children

Doom ensues when children become angry. But this happens sometimes with normal children and they do not use the wrong words. But children with Tourette's syndrome will repeatedly use meaningless and incorrect words anywhere, even in public places.

Children with Tourette's syndrome also remain mentally unwell. The mood of such children swings. Such children remain stressed. In addition, the symptoms of this syndrome are somewhat similar to those of obsessive compulsive disorder and attention-deficit hyperactivity disorder. In such a situation, identify the symptoms of children and contact the doctor soon.