Quite simply put, for your pet, you’re the best thing in the whole world. No, make that the whole universe. Science has agreed that in this rat-race of life, owning a pet really is a great way to beat stress levels.

English novelist George Eliot once said, “Animals are such agreeable friends—they ask no questions, they pass no criticisms”—A statement that most people with pets will whole-heartedly agree with. Pets, they’ll tell you, will not only love you unconditionally but unlike us homo sapiens, they’ll also never argue with you, complain about what you’ve done or are not doing for them or about what you’ve given or not given them. Quite simply put, for your pet, you’re the best thing in the whole world. No, make that the whole universe.

Yes, as some people point out, a pet certainly doesn’t come cheap these days. The cost of owning a pet—food, vet bills, obedience classes etc itself runs into thousands of rupees every year.  And then there’s the problem of all that hair all over the house that can very well cause some to break out in severe allergies, not to mention that long holidays can no longer be scheduled as finding a good place to keep your pet becomes more traumatic for you than for your pet. In short, it’s like having a child that won’t grow up and move out of the house—one that you have to take care of 24/7, 365 days in the year. And while pet owners are willing to concede a few of these points, they’re also quick to point out that sharing your life with a being that offers you unconditional love and devotion is certainly worth all these minor inconveniences and that it’s the best stress buster one could have. 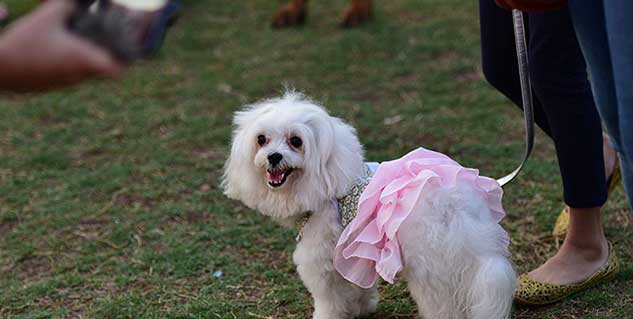 What’s more, science has agreed with them, finding out that in this rat-race of a life, owning a pet really is a great way to bring down rapidly the increasing stress-levels that are now part and parcel of our daily routine. Case in point: A 1997 study at the University of Buffalo found that having a four-legged friend may be nearly as effective in keeping blood pressure down as having human friends, especially in the case of elderly women who live alone. Why? It has a lot to do with social interaction. As they put it, if you’re living alone, then pets fill in the void that’s normally filled by family. But little old ladies are certainly not the only beneficiaries of such unending and bountiful love. A study by researchers at Ohio State University in 2008 found that college students handle stress better if they own a pet.  They’re not only a great way to break the ice among peers, but also help dispel feelings of loneliness that may come with college life.

And as it turns out, what’s good for grandparents and for the kids is certainly great for the parents too. A University of Buffalo study found that couples who own cats or dogs have closer relationships, are more satisfied in marriage and respond better to stress than couples who do not. How come? It’s because social interaction helps protect cardiovascular health and pet-owning couples have been found to have more frequent contacts with each other and with others.

In fact, pets have become so successful in helping cut stress from people’s lives that the medical fraternity has now actively started using animals in treating adults and children with disorders and illnesses like AIDS, autism, depression, cancer etc. They’ve even given it a name – Animal-Assisted Therapy (AAT). Doctors point out that taking care of animals—grooming them, feeding them etc leads to a feeling to competence which in turn decreases feelings of stress and anxiety. Another point in their favour, owners will be only too happy to point out, is that pets can be incredibly funny creatures. Even something as simple as watching a dog running after his own tail or seeing a kitten fall asleep in her bowl of milk is enough to make a person feel better after a hard day’s work.

MORE FOR YOU
Diwali Gift Ideas 2021: This Festive Season Go Organic With Health And Beauty Products
Make This Diwali Healthy With 9 Immunity Boosting Mocktails By Dietitian Archana Batra
What Causes Night Blindness? Know Risk Factors And Prevention Tips From Expert
7 Yoga Poses You Can Do For Hair Growth
Ajwain Promotes Digestion? Check Out Its Health Benefits And Potential Side Effects
World Stroke Day 2021: 7 Myths And Facts About Stroke You May Not Know