Moscow COVID-19 vaccine: Russian 'Sputnik V' trials conducted on a few humans have not shown any serious harm and also developed 'antibodies' to all those included in the tests. This has been declared in a study published in The Lancet Journal on Friday. Russia approved this vaccine last month. Other countries, including the US, said that the study's data was not enough to declare it safe and effective. The initial phase of the vaccine was tested on a total of 76 people and looked good in terms of vaccine safety within 42 days. It also developed antibodies within 21 days of all those involved in the trials. The researchers reported that the results of Phase II of the test showed that the vaccine also produced Killer T-cells in the body within 28 days.

Russian scientists published the results of an initial, limited trial of their unproven coronavirus vaccine. The trial included just 40 volunteers, but researchers reported a modest amount of antibodies in those who were given the vaccine. https://t.co/pYVEnxsYLN pic.twitter.com/qcQUtov8h1 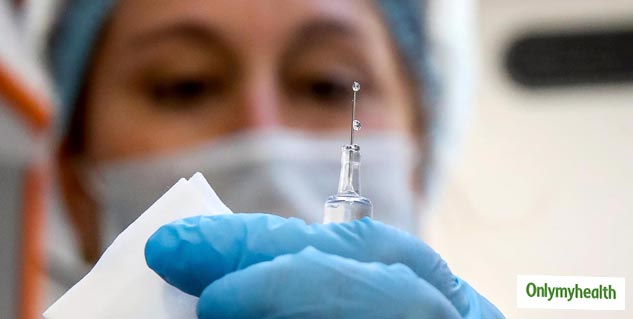 The purpose of this vaccine is to develop antibodies and T-cells so that they can attack the virus while it is roaming the body as well as attack cells infected by SARS-CoV-2.

"When the antivirus vaccine enters the body, it produces invasive proteins that eliminate SARS-CoV-2," said Denis Logunov, a Russian-based epidemiological and microbiology gamalia national research centre scientist and lead author of the study.

Also Read: Is Sitting Job Causing Pain To Your Knees? Ease The Tension With These Exercises

Denis Logunov said, 'This will help teach the immune system to identify and attack SARS-CoV-2. To develop a significantly more robust immune system against SARS-CoV-2, additional vaccine doses must be provided.' These tests were conducted in two hospitals in Russia.

The tests included healthy individuals between the ages of 18 and 60 years. Commenting on the test results, Nor Bar-Zeev of the John Hopkins Bloomberg School of Public Health, USA, said the test results were encouraging but were done on a small scale.

Also Read: How To Use Hot And Cold Therapy For Injury And Pain Management?

The authors of the study stated that more studies need to be done to find out the effectiveness of vaccines in different population groups. Russian Research Center Prof. Alexander Gintzberg said the Phase III trial of the vaccine was approved on 26 August. There are plans to include 40,000 volunteers from different age groups.