Relieve your Sore, Achy Muscles with these 4 Solutions

Muscles go through quite a bit of physical stress when we exercise. The good news is that when you do the same activity again, your muscles will start to get used to it. Meanwhile, here are 4 amazing solutions for your sore, achy muscles.

Starting a workout program can be challenging. Making the time to exercise, creating a balanced routine, and setting goals are hard enough, but add to that the muscle soreness that comes with adapting to that regimen, and it may be difficult to stay on track.

Chances are, you won't be leaping out of bed to get to the gym when it hurts to hold your arm up to brush your teeth. Don't get sidelined by muscle pain. Find out the causes and treatments so you can stay on your game. 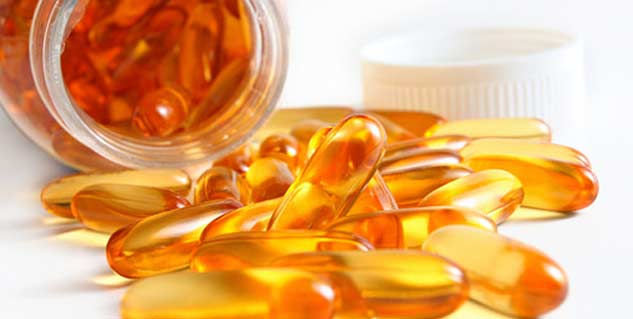 If workouts tend to leave your muscles sore and cranky, you might want to give fish oil a try. In a recent Indiana University study, taking this supplement before exercising was found to significantly reduce muscle soreness and tenderness afterwards.

In the study, half of the 32 participants took a daily fish oil supplement (400 mg) for 26 days; the other half took a placebo. They were then put through a 20-minute downhill running workout on the treadmill, which has been shown to cause muscle damage (as anyone who's tried downhill running can tell you). Over the next 4 days, the participants kept taking the supplement (or the placebo) and were asked to rate muscle soreness in their legs on a scale from 0 to 10, or "no soreness" to "unbearably painful." They also had their blood tested for markers of inflammation.

Compared to the placebo group, the fish oil group reported significantly less soreness in their legs and had lower levels of inflammation in their blood. "The omega-3 fatty acids in fish oil have anti-inflammatory properties," says sports doctor Jordan Metzl, who was not involved in the study. "Just as those properties keep your heart healthy, they can keep your muscles in good shape, too." If you'd rather not take a fish oil supplement, you can always add more fish to your diet, says Metzl.

This DIY massage technique is getting a lot of buzz lately, and for good reason: Foam rolling after a workout has been found to ease muscle soreness by releasing the tiny knots that build up in overworked muscles and improving circulation, according to research published in Medicine & Science in Sports & Exercise.

Cherries are filled with anthocyanins, powerful antioxidants that block inflammation and suppress pain enzymes. A study published in the Journal of the International Society of Sports Nutrition found that runners who drank 2 glasses of tart cherry juice for a week had less muscle pain after a distance run. Plus, the same drink's also been shown to help you get more sleep. Talk about a win-win.

Loading up on caffeine before a workout isn't everyone's cup of tea (or coffee), but research at the University of Georgia found that it can reduce muscle soreness by up to 48%. It works by blocking adenosine, a pain-stimulating chemical that's in your muscles.

The good news is that when you do the same activity again, your muscles will start to get used to it. You will actually have no soreness or less soreness because now you've strengthened the muscle or connective tissue.