There can be many reasons for an early miscarriage but the exact cause is usually not known. It can be avoided by a prenatal examination prior to being pregnant or as soon as your learn about pregnancy.

A pregnancy that ends before 12 weeks is termed early miscarriage. It can be caused accidentally or as a reaction to an underlying medical condition.Early miscarriage is may also be called chemical pregnancy though in the latter’s case, only the miscarriage that occurs before the fifth or sixth week of gestation is called so. According to the British Medical Journal, miscarriage in the first trimester affects about 15% of total pregnancies and this may be either called foetal loss or an incomplete abortion. 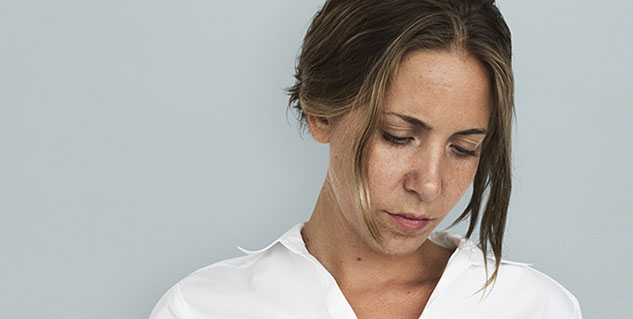 Chromosomal abnormality - If there is any deformity in the chromosome of either of the parents, there may be an early loss of pregnancy. Abnormality in the number or structure of the chromosomes of the foetus is the most widespread reason for an early miscarriage. Henry Lerner, Alice D. Domar, in their book Miscarriage: Why it Happens and How Best to Reduce your Risks, state that chromosomal miscarriage is the most common cause of miscarriage. They further state the reason why the natural event of pregnancy goes wrong more than 20% of the time; it is because the single cell of the woman must meet and fuse a single celled sperm of the man to form an embryo and the genetic material that is carried by both the cells must be exact copies of the genetic material of the parents. Both the cells must combine so perfectly that the embryo has all the information that is needed for its development from an embryo to a foetus and so on. It is when the embryo fails to develop in accordance with literally hundreds and thousands of minor processes of pregnancy, it dies and there is a miscarriage.

Health problems in the mother - Certain health conditions in the mother may increase the risk of her losing the pregnancy. Some of the conditions are immune system disorders such as congenital heart diseases, lupus, uncontrolled diabetes, severe kidney disease, intrauterine infection and thyroid disease.

Hormonal imbalance: If a woman, for instance, has a luteal phase defect in which her body fails to secret enough progesterone to keep the pregnancy, she may miscarry.

Anatomical problems - According to The Mother of All Pregnancy Books, congenital abnormalities of the cervix and the uterus, fibroids, uterine adhesions, complications resulting from an elective abortion such as a cervical trauma and infection and a cervix that opens prematurely are a few of the problems that may lead to early miscarriage. The book states that some of these problems can be treated.

Bacterial and viral infections - Some of the infections that a woman suffers from during pregnancy such as chicken pox are likely to not come back or hinder the pregnancy, but others like Group B strep are likely to be a problem in the later stages of pregnancy or at the time of labour.

Alcohol and recreational drug use - Women who drink large quantities of alcohol or recreational drugs during pregnancy are at a higher than average risk of going through a miscarriage. The British medical Journal states that smoking is the main cause of cervical cancer, impotence, miscarriage and infertility in the United Kingdom.

Blighted ovum - It is a fertilized egg that implants but does not develop. An ultrasound shows a pregnancy sack with no embryo. This type of miscarriage is an unavoidable phenomenon.

Ectopic pregnancy - A pregnancy that does not take place in the uterus is called ectopic pregnancy. The fertilized egg settles and grows at some other location, usually the fallopian tube rather than the normal inner lining of the uterus. The fertilized egg starts growing and causes internal bleeding. It finally leads to early miscarriage.Stress and pressure suffered by the woman for various reasons can also cause early termination of pregnancy.

Exposure to harmful substances: if a woman is exposed to high dose of radiation, chemotherapeutic drugs, certain types of chemicals, moderate to heavy dosage of caffeine and cigarette smoke is like to be highly susceptible to surviving a miscarriage.

The British Medical Journal states that the two types of early miscarriage (foetal loss or incomplete abortion) may be treated in the following ways:

Conservative Management - By virtue of this method, the products of conception are expelled from the body naturally. This treatment may continue as long as the patient is willing and there are no signs of infection in the woman’s body in the form of vaginal discharge, pyrexia, excessive bleeding, abdominal pain, etc. The doctor may recommend that the woman visit him/her every 2 weeks so the follow-up scans are taken till the diagnosis of a complete miscarriage is made.

Surgical Evacuation - This treatment is given to the patient when she has moderate to severe vaginal bleeding and is a once-only procedure. The downsides to this procedure are the risk/s associated with general anesthesia, uterine perforation and a possible blood transfusion. Whether the person can undergo surgical management depends on her clinical and cardiovascular status, available clinical equipment, clinical skills and the gestational age. In general, suction evacuation of the uterus is more preferred than metal curettage because the former not only stop vaginal bleeding but also shortens the time it takes for the woman’s body to return to the pre-miscarriage menstrual status. Besides, the suction evacuation of the uterus does not require the vicinity of an operation theatre or even a general anaesthetic.