How To Protect Against Vector-Borne Diseases In Monsoon

It is important to take preventive measures to protect against vector-borne diseases in monsoon. A doctor explains all that you need to do.

With health infrastructure crumbling in the wake of Coronavirus pandemic and rising cases of fungal infections like Black Fungus and White Fungus, there is a need to raise more awareness around vector-borne diseases that strike mostly at the time of monsoon. Vector-borne diseases mainly caused by parasites, viruses and bacteria account for more than 17% of all infectious diseases, causing more than 7 lakh deaths annually, according to World Health Organization (WHO).

Also Read: Beware, These 3 Insects Can Make You Sick. Know Tips To Prevent

Vectors are living organisms that can transmit infection among humans, or from animals to humans. Mosquitoes are the most common vectors. The vector-borne diseases that are most prevalent in India include malaria, dengue, chikungunya, filariasis, japanese encephalitis, kala azar and scrub typhus. Mostly these diseases occur by the bites of the infected vectors. Dr. Monalisa Sahu, Consultant, Infectious Diseases, Yashoda Hospital, Hyderabad tells us more about vector-borne diseases and how to protect against them.

What Are Vector-Borne Diseases?

Disease that are caused by infection transmitted to humans and other animals by blood-feeding anthropods, such as mosquitoes, ticks, and fleas. Examples of vector-borne diseases are dengue fever, West Nile Virus, Lyme disease, and malaria among others.

Why Vector-Borne Diseases Are Common In Monsoon

As the monsoons are approaching, a surge in vector borne diseases is expected as there will be continuous rains leading to water getting logged in pits and drains for days along with prolonged low temperatures, which in turn provide ambient temperature for the insects like mosquitoes and flies to breed at places of stagnant water pits, which can cause dengue and malaria.

Monsoon is the time when the cases of vector-borne diseases can become rampant and neglecting the preventive control measures can lead to a spike in the numbers.

There should be increased preparedness to tackle the outbreaks of such vector-borne diseases during the pandemic. Any kind of illness needs to be handled properly and promptly. The vector control efforts should be in place as it is important that the COVID-19 response does not increase the vector-borne disease threats in the communities already affected by COVID-19. 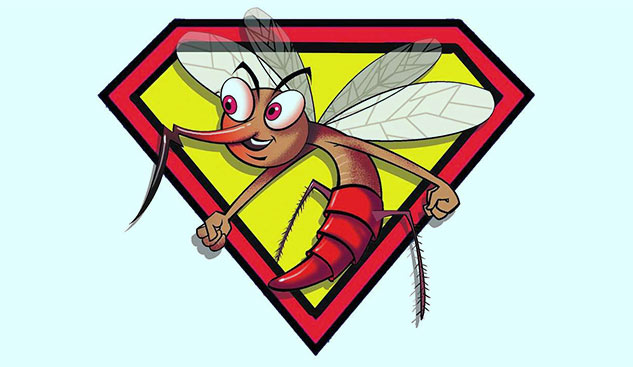 Here Are Some Common Vectors And How They Infect People

Malaria is transmitted when an infected Anopheles mosquito bites. Young children, pregnant women, people living with HIV are at high risk of getting affected.

Dengue fever is caused by Dengue virus, transmitted by the Aedes mosquito. The Aedes breeds in the freshwater pools and mostly in man-made containers. Individuals who are previously infected by dengue are more likely to experience a severe form of the disease if re-infected. The cases of dengue usually peak in the months of July-December.

Chikungunya is a viral disease caused by Chikungunya virus, and transmitted by the tigered mosquito, Aedes.

Lymphatic filariasis, also known as elephantiasis, occurs when threadlike, filarial parasites are transmitted to humans through mosquitoes. The microscopic parasitic worms then lodge in the lymphatic system and disrupt the immune system.

Leishmaniasis (Kala-azar) has three main forms- visceral (known as kala-azar), cutaneous (the most common) and mucocutaneous.

Scrub typhus is caused by bacteria (Orientia tsutsugamushi), and spread by bite of infected chiggers (larvae of mites).

How We Can Prevent From Vector-Borne Diseases

Certain prevention strategies can reverse the trend of recurrence: Other Preventive Measures Especially When You Are Travelling

Read More Articles On Other Diseases