Dengue: Know About The Various Stages Of Dengue And Its Symptoms

Dengue fever is a disease that is caused by one of four dengue viruses. They can be divided into three phases that can be severe.

Dengue is a mosquito-borne disease caused by any one of four dengue viruses. Around 400 million dengue infections occur across the globe each year. The viruses can be found in tropical regions. The fever is transmitted through the bite of a mosquito harbouring the dengue virus. 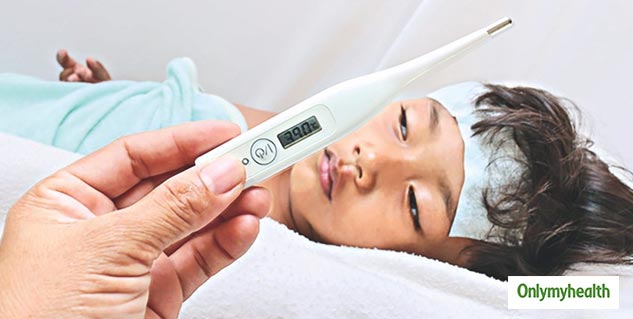 Symptoms generally start to show after four to seven days of the contract with dengue virus. In many cases, the symptoms are mild, which can be mistaken for symptoms of flu or another infection. These last for about ten days and includes:

Many people recover within a week or so. The symptoms do get worse in some cases and can become life-threatening. The blood vessels become damaged and leaky, making the platelets (number of clot-forming cells) in your bloodstream drop. This can lead to dengue hemorrhagic fever or dengue shock syndrome.

Also Read: Types Of Dengue Fever And Symptoms Of Each

It is caused by one of four types of dengue viruses spread by mosquitoes that thrive in and near residential areas. After recovering from dengue fever, you are immune to the type of virus that infected you. If you get infected for the second, third or fourth time, then the risk of developing severe dengue fever also increases. 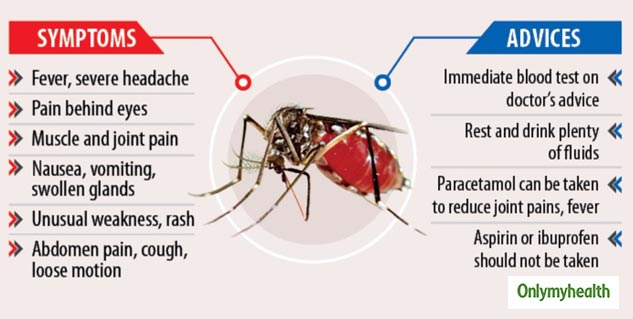 Stage I: The acute fever stage is within day 1 to day 5. The patient at this phase has a high fever (39-40 degrees celsius) with abdominal pain, nausea, vomiting. Paracetamol and other antipyretic is important to lower the body temperature to provide the body with minimal fluid loss. The fluid circulation for the patient will be replaced by rehydration by food and electrolyte fluid. Seek medical attention urgently if children do not eat/drink enough and look weak.

Stage II: This is the critical stage shown from Day 5 to 7 When the body temperature drops within 24 hours, the plasma ( fluid part of blood component) leaks and the blood pressure will drop. The patient might feel weak, restless, have cold, clammy skin, fast pulse, in the severe case with very low platelets they could vomit blood, have internal haemorrhage and can die due to circulatory failure or respiratory failure from internal bleeding/ fluid retention. To prevent blood perfusion to the vital organ and not to overload the fluid in terms of third space leakage prevention, it is very important to provide an appropriate intravenous fluid to the patients in this stage. Also Read: Here are 6 Facts and Myths about Dengue

Stage III: This is the recovery phase. It usually takes a few days for the patients to get back to normal. At this stage, the patient gains back its appetite, has a slower pulse rate, has a convalescent rash at legs and arms.