Are mental problems a key to early death? Find out. 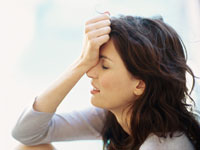 According to a recent large-scale population based study, people, who have mental health problems, tend to have a lower life expectancy. The study, which was published in the British Medical Journal on July 31, is likely to prompt further research into how doctors treat patients with mild psychological problems.

The study was done by a team of researchers from University College of London and the University of Edinburgh analysed over 68,000 adults aged 25 years and over, who took part in the Health Survey for England from 1994 to 2004. The participants in the study were evaluated for mental health problems with the help of a recognised scale ranging from no symptoms to severe symptoms of anxiety and depression. After analysing whether the participants died over an 8 year period, there was an association with death from cardiovascular diseases, cancer or other external causes of death, it was found that people, who experienced symptoms of depression or anxiety had lower life expectancy than those without any symptoms. In fact, people with even minor symptoms of mental health problems seemed to have a higher risk of death.

Dr Tom Russ, Alzheimer Scotland clinical research fellow at the University of Edinburgh said that the increased mortality rates of even people with low levels of psychological distress should prompt more research into whether treatment of very common and minor illnesses can reduce the rate of deaths.