Increased awareness of the differences in how people experience physical symptoms could be useful to those treating mental health disorders.

Researchers have found the clue as to why people with various mental health disorders such as depression, schizophrenia and anxiety experience physical signals differently. The findings could be a target for future treatments. The researchers from the University of Cambridge studied 'interoception' -- the ability to sense internal conditions in the body -- and whether there were any common brain differences during this process in people with mental health disorders.

The study revealed that a region of the brain called dorsal mid-insula showed different activity during interoception across a range of disorders including depression, schizophrenia, eating disorders and anxiety disorders.

According to the research, many people with mental health disorders experience physical symptoms differently, whether that's feeling uncomfortably full in anorexia, or feeling like one doesn't have enough air in panic disorder.

Reported in The American Journal of Psychiatry, the results show that activity in the dorsal mid-insula could drive these different interpretations of bodily sensations in mental health. Increased awareness of the differences in how people experience physical symptoms could also be useful to those treating mental health disorders. 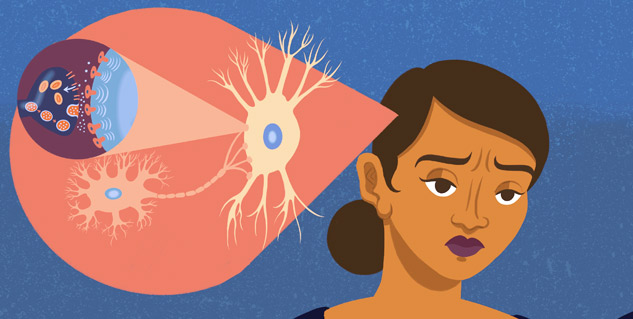 The lead author of the research paper titled Disrupted Dorsal Mid-Insula Activation During Interoception Across Psychiatric Disorders, Dr Camilla Nord from the MRC Cognition and Brain Sciences Unit of the University said, "In spite of the diversity of psychological symptoms, there appears to be a common factor in how physical signals are processed differently by the brain in mental health disorders: it shows how intertwined physical and mental health are."

The research said that we all use exteroception - sight, smell, hearing, taste and touch - to navigate daily life. But interoception - the ability to interpret signals from our body - is equally important for survival, even though it often happens subconsciously.

"Interoception is something we are all doing constantly, although we might not be aware of it," said Dr Camilla Nord.

"For example, most of us are able to interpret the signals of low blood sugar, such as tiredness or irritability, and know to eat something. However, there are differences in how our brains interpret these signals," she noted in the research.

The report elaborated that differences in interoceptive processes have previously been identified in people with eating disorders, anxiety and depression, panic disorder, addiction and other mental health disorders. Further, theoretical models have suggested that disrupted cortical processing drives these changes in interoceptive processing, conferring vulnerability to a range of mental health symptoms.

For the purpose of study, the researchers led by Dr Nord combined brain imaging data from previous studies and compared differences in brain activity during interoception between 626 patients with mental health disorders and 610 healthy controls.

"We wanted to find out whether there is something similar happening in the brain in people with different mental disorders, irrespective of their diagnosis," she said.

The analysis showed that for patients with bipolar, anxiety, major depression, anorexia and schizophrenia, dorsal mid-insula showed different brain activation when processing pain, hunger and other interoceptive signals when compared to the control group. 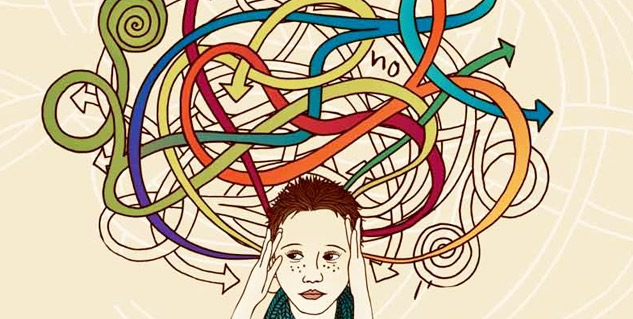 In the follow-up analysis subsequently, the researchers found that the dorsal mid-insula does not overlap with regions of the brain altered by antidepressant drugs or regions altered by psychological therapy suggesting that it could be studied as a new target for future therapeutics to treat differences in interoception.

"It's surprising that in spite of the diversity of psychological symptoms, there appears to be a common factor in how physical signals are processed differently by the brain in mental health disorders," said Nord.

Patients suffering from various mental disorders report a range of physical symptoms. For instance, a person with chronic stress may experience one or more of the following symptoms:

People with depression might experience one or more of these symptoms: