There are several conditions that could affect a person during migraine. Here is what you should know about migraine with aura.

Headaches are of different kind and it can be quite exhausting because there could be several reasons. Migraines are one of severe kinds of headache that could be caused because of disturbances and throbbing pain in the head. It can cause nausea, vomiting and sensitivity towards sound. However it is also true that migraine is not just of one kind. There is another type of migraine called migraine with aura. Not many people know about it but various people get affected by this issue. Today we are going to understand about the cause and symptoms related to migraine with aura.

What is migraine with Aura?

Migraine with aura is an condition of continuous or recurring headaches. Dr. Shubh Mehta, Senior Consultant and General Physician from Ivory Hospital, Greater Noida tells that in this condition, there are number of disturbances that usually occur in a person. It is hard to determine migraine with aura in particular because most of the symptoms remain same as common migraine. The headache could lead to blind spots, vision problems and tingling in your hands or face. You may face severe problems doing your day to day activities because of this situation. Here are some symptoms you must be aware of. Symptoms of Migraine with Aura

There are several symptoms associated with migraine with aura, this is similar to regular migraine and some exclusive symptoms-

What Causes Migraine with Aura?

There is strong evidence stating that migraine may be caused because of electrical or chemical wave effect. General migraine attacks are also caused because of sensory problems in the nervous response. In this condition it may also affect your movements and speech. Migraine with aura is basically a condition in which a whole lot of other systems are also affected along with general migraine headache and problems.

The most common type of aura is visual aura, in this condition, the person feels quite functionally disheartened because the electrical activity spreads through brain. There is a visual disability and number of visual symptoms associated with it. However the electrical of chemical signal do not cause any harm to the brain or functioning of the body as such and only remains that the time of migraine attack or sometime around it.

There are some factors that could trigger these symptoms of migraine with aura; these risk factors could lead the person to migraine attack and problems associated with it. This includes- 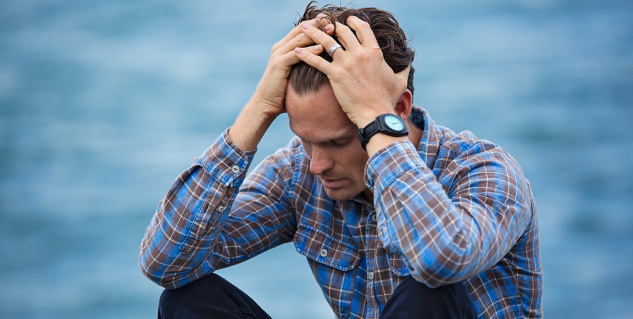 Diagnosis of Migraine with Aura

Migraine with aura could be diagnosed by knowing and determining the symptoms affected to the person. It could be very important because this makes a person understand about the treatment method the person needs to indulge in. Here are some conditions that a person must know about migraine with aura-

1. An eye examination is conducted to check if there is any problems that could cause visual symptoms of migraine with aura

2. Head computerised tomography scan- CT scan is also done to determine the nervous and sensory problems present in the brain of the person. It also examines your brain to understand the severity of the problems associated with it.

Also Read- 6 Common Winter Concerns And How To Beat Them

Treatment for Migraine with Aura

1. Pain Relievers- These are basically over the counter medications that can be used to counter the headache and migraine pain that is common with all the types of headaches. Mostly ibuprofen and aspirin are given in the case of migraine with aura condition to tract the ulcers and bleeding in gastrointestinal tract.

2. Triptans- These are prescribed drugs to cure and relief symptoms of migraine. This includes having Maxalt, Maxalt-MLT which could be very susceptible. This drug is used to block pathways in the brain and attacks brain from several areas. It could also decrease the risk of stroke and heart attack which are probable risks of getting migraine with aura.

3. Nasal Sprays and Injections- There are some nasal sprays and injections which are given to people during this condition to reduce the effect of vomiting and nausea in the person. It is used as a sedative to limit the problems and functioning of the brain. It could be give instant relief from symptoms of migraine.

4. Opioid medications- They are basically given to people that have severe symptoms of nausea, vomiting and visual symptoms. Opioid medications reduce the effect and can be quite effective in reducing the condition of migraine with aura for the short while.