With the passing of days as Israel shows no sign of a ceasefire, very little of the Gaza strip could be left at the end of these deadly days. During this time, international help reaches the Gaza strip from across the world. 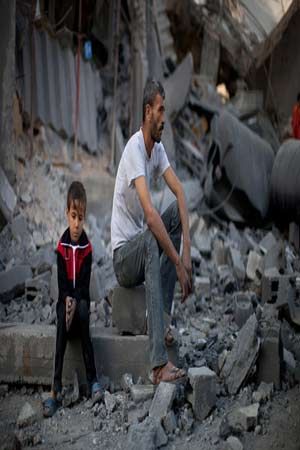 Early this morning the shelling by Israel on a UN school in Gaza’s Jabaliya refugee camp had killed at least 15, taking the Palestinian death toll to 1,058, while Israel on the other hand lost 53 soldiers and three civilians.

The sporadic rise in deaths in the ongoing Gaza conflict is raising international concern, and nations are reaching out to lend a helping hand to the grief stricken civilians of this ongoing war. The reports take a more gruesome turn as more and more children seem to get effected in the ongoing conflict. Amidst this, International help seems to be the only solace for the citizens of Gaza.

The Turkish Red Crescent on Tuesday had delivered three shipments of medical supplies to the Gaza Strip; this was confirmed in a statement by Safaa Hawar, the individual responsible for warehouses at the Palestinian Red Crescent. The shipment included antibiotics, requirements for medical surgeries and medicines containing penicillin.

The Saudi Healthy Ministry said, that the Saudi King Abdullah bin Absulaziz had also ordered 100 million riyals which comes up to $26.6 million in medical aid to the Gaza Strip. Also, previously the king had also ordered 200 million riyals, which is $53.3 million in humanitarian aids. These funds were also directed towards providing medical assistance to the victims of Israel’s ongoing attack on Gaza.

The Australian Government too has provided humanitarian aid to Gaza which amounted to about $5 million.

Additionally, the European Union on the other hand has also increased their humanitarian aid to help the injured and provide medical facilities for all who are affected.

Kristalina Georgieva, who is the EU Commissioner for International Cooperation, Humanitarian Aid and Crisis Response, said, "I am horrified by the loss of lives and injuries caused to civilians in Gaza. It is unconscionable that hospitals and schools, where there are terrified children, women, the sick and the elderly taking shelter, have become military targets. The appalling consequence is that in the last two days children have been killed at the rate of one an hour. It is intolerable that UN premises are subject to attacks. It is crucial that assistance reaches these people in desperate need."

But with the blockade, now question remains as to how much of the aid is reaching the Gaza strip.