Side Effects of Abortion Pills

Get to know about many long term side effects of abortion pills, therefore the best way is to take them under medical supervision.

Abortion pills are used to terminate unwanted pregnancy. These pills are taken as an alternate to the in-clinic medical abortion.  Abortion pill can be taken only if you are under 49 day pregnancy. 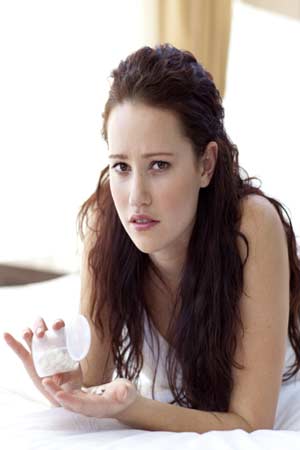 Medical abortions seem to be more appealing to women as it can be done in privacy of one’s home. Even though it is more intimidating than the surgical abortion but there is certain short-term as well as long term effects of abortion pills.

Prolonged vaginal bleeding is normal after undergoing medical abortion. The bleeding can continue for extended period ranging from two to six weeks. Therefore, anaemic women must not take abortion pills.

Most women have severe pain after medical abortion and can even require opium based pain medications for controlling it.

If the symptom of heavy bleeding persists then you stand high chances of incomplete abortion. It is essential to go for follow-up within two weeks of undertaking a medical abortion. This helps to confirm that the pill has successfully aborted the embryo. It is advisable to go for immediate surgery if the abortion is not completed.

Adverse Effect on Psychological Well Being

Women who have undergone abortion needs to take adequate amount of rest. But abortion pills interrupts with the much needed sleep and contributes to long periods of nightmares.

Endometritis and pelvic inflammatory diseases are the rare but severe complications of taking abortion pills. Six-week antibiotics course is advised after administration of mifepristone in order to avoid pelvic infection.

Abortion pills must never be taken in case of ectopic pregnancy (when embryo implants outside uterine cavity or womb) as it can endanger life of the patient. Even though severe effects of abortion pills are not common but the best way is to take them under medical supervision.