Valentine Week 2020: Know Why Some Girls Act Stupid On Their First Date

Stop being clever on your date. Moreover, when you realize that your date is unaware of your tactics, try to changes the subject of things.

Dating rules and platforms may have changed, but some things are still the same, like chewing gum clinging to clothes. Confused? It is one such common example of fooling women on a date. However, it cannot be denied because it is seen so often. But the best thing in changing times is that people have changed the idea and definition of senseless antics. Bit what if those actions are completely out of your grasp? Your mind may be confused.

Why do girls act stupid on a date? According to a study done by an international dating site, 6 out of 10 women act stupid on dates. Nearly 59% of the women involved in the study struggle to find a partner who can read their minds. The findings of the study may contradict the search for a partner like yourself.

Are you trying to know your partner? 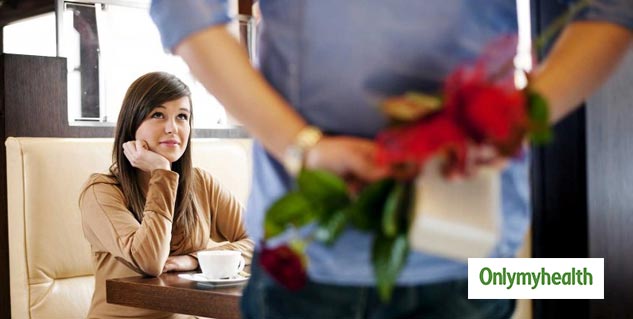 Both men and women consider this dating scene as important as to why women do this. Women take this step so that they know their date well. Some people believe that when it comes to dating, he and his friends' show (such an approach) that they are irritated by words like idiocy. People believe that when someone is on a date, they want that there is no debate between the two about something, so he refrains from showing his opinion strongly.

Also Read: Signs That Your Girlfriend Loves You Even If She Doesn’t Say It Often Some people believe that he tries to be serious on a date so that he can make his date feel comfortable (for at least another two dates). On the other hand, experts who provide dating tips say that women initially do this on a date because they want to know how far things will go and they try to show their level of understanding. And perhaps it is also because she wants to impress her date by doing such actions.

Both women and men do such acts but not all women do it on their date. Gauri Shetty, a data analyst, says that is not the case. They say that women should not do this while meeting someone on a date, rather they should be shown as they are (should be real and stop trying to act fake). Moreover, she also denied that no one should be threatened on the first date.

MORE FOR YOU
TV Actress Chethana Dies Of Plastic Surgery Complications, Know Risks And Tips From Cosmetic Surgeon
Acute Hepatitis In Children: Symptoms, Causes, Treatment
Uttar Pradesh On High Alert Due To Dengue Outbreak, Be Aware About These Early Symptoms
6 Ways To Appreciate Your Partner More In A Relationship
Brain Hemorrhage: Symptoms, Causes and Treatment
7+ Cases Of Monkeypox Detected In UK, WHO Mentions Details

Valentine’s Special: Don’t Like The One Who Asked You Out On A Date? 5 Ways To Politely Say No