Kareena On Pregnancy Complications: I Got Anxious Due To C-Section Delivery

Kareena Kapoor Khan in her recent interview with an online portal spoke about the challenges that she faced being pregnant. Know experts take on it.

Kareena Kapoor Khan is actively promoting her upcoming movie ‘Good Newwz’ where she is portraying the character of a pregnant woman. During one promotional interview, Kareena openly talked about her pregnancy journey and complications that she faced during the time. One of the shocking revelations that she made was that she used to eat 8-10 paranthas daily which made her gain 20 kgs!

Kareena set the benchmark for pregnant women by working throughout her pregnancy period. Despite being physically active, she had a caesarian delivery as Taimur’s head was down.

Onlymyhealth got in touch with Dr. Rajalaxmi Walavalkar, Medical Director, Senior Gynaecologist and IVF Specialist at Cocoon Fertility to know more about pregnancy complications. She said, “Most pregnancies occur with almost no complications, however, some expecting mothers might experience some difficulties that may affect their health, the health of the baby or both. In some cases, ailments or medical conditions the mother had before can worsen and lead to complications during gestation and during the time of delivery. The normal signs of pregnancy and the symptoms of complications are sometimes very difficult to differentiate. Although many issues are mild and don’t tend to advance further, you should always contact your healthcare expert if you have any worries during your pregnancy. Early detection and prenatal care can help lessen any further danger to you and your baby. Most pregnancy health risks are controllable with prompt and immediate treatment and care.” 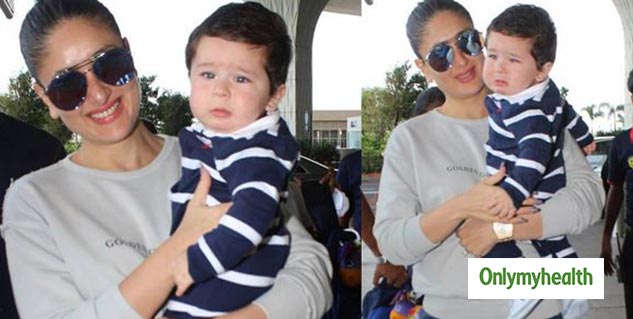 During the Interview, Kareena told that she is a hypochondriac. She used to bombard her Doctor with questions every time she visits. “ I was asking my doctor 100 questions. Every day there was one question, till the time he would be like, ‘Listen now there’s nothing to ask. Just relax.” told Kareena in the interview.

She is a foodie and despite getting warned by her doctor about massive weight gain during pregnancy, she continued eating paranthas saying that this is her only chance of eating whatever she feels like!

Also Read: What Is Pre-Pregnancy Counselling?

Kareena Kapoor on her Caesarean delivery

As stated by Kareena, “I actually had to have a Caesarean delivery because his head was down. He had already turned very fast. So, he was ready to come out, it was very low. I was very hyper. I was getting anxiety during the labor so they had to perform a C-section. I think with women, sometimes you know, it depends because maybe you know you do get like anxiety. Like I would get extra anxious. Maybe I would scream I don’t know, but yeah, maybe a little exaggeration is done. Of course, not denying that.” 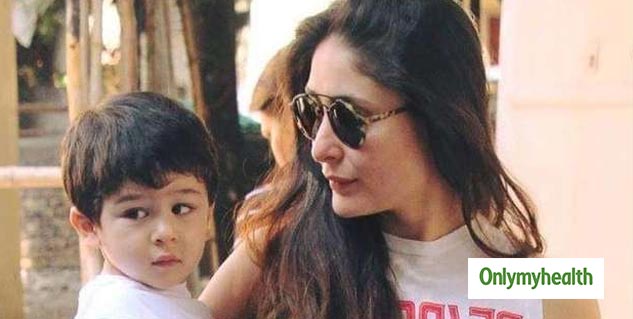 Talking about common pregnancy complications, Dr. Walavalkar said, “The most common problems that can arise during pregnancy include gestational diabetes, high blood pressure, preeclampsia, preterm labor, anemia, bacterial infections, miscarriage, etc. Even when the pregnancy has been completely normal around the time of labor, the position of the baby in the uterus can cause complications for example breech position where the baby is not head down but feet down. Placenta previa is another challenge during delivery because in this condition the mother’s placenta covers the cervix hence doctors usually end up performing a cesarean delivery.”