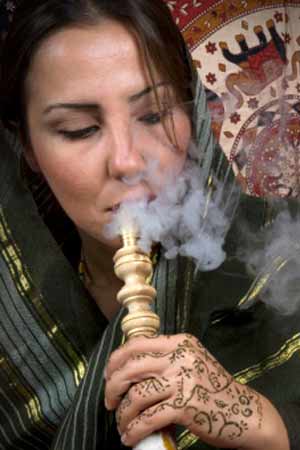 While addressing a patient-doctor interaction meet, the President of IACS and Editor of international journal `Lung India’, Dr Virendra Singh said "single puff by 'huqqa' smoking is not safer than 'beedi' (Indian cigrattes) at any cost as both are injurious to lungs causing severe asthma leading to chronic obstructive pulmonary disease".

Quoting the study, Singh said that there is almost 10 percent more carbon monoxide inhaled in a single puff of huqqa and it settles more deeply than beedi smoke.

He said 20 percent villagers in Rajasthan were addicted either to beedi or huqqa which was the cause of severe COPD in people aged 40 to 50 years.

Quoting the national data, Singh said 12 percent people in rural area die of COPD, followed by 8 percent deaths which were a result of heart attacks.

Singh added that in India approximately 30 million people are estimated to be suffering from COPD and half a million die every year because of it.

Also, COPD is the fourth leading cause of death in the world preceded by heart diseases, stroke, diabetes and would rank the third in the 21st century.

According to the recent studies, 20 to 50 percent of smoking addicts do not even know that they have it as its diagnosis remains unidentified.

While advising the patients Singh said `spirometry’ which is a painless five minute test could address the problem of under-diagnosis of the serious lung disease.