How is Ectopic Pregnancy Treated

The treatment option for an ectopic pregnancy depends on how early it is detected and the overall condition of mother.

An ectopic pregnancy or a tubal pregnancy refers to the pregnancy in which the fertilised egg stays in woman’s fallopian tube. 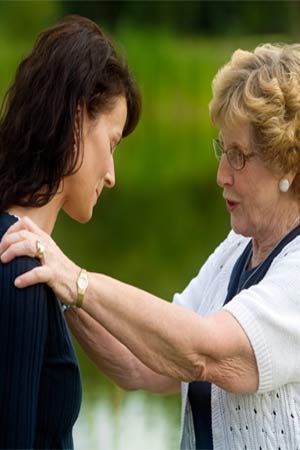 An ectopic pregnancy is a rare condition which usually happens within the first few weeks of pregnancy. Doctors usually discover it by the 8th week. The baby cannot survive but it is most likely that a woman would be able to have a healthy pregnancy in the future.

The treatment options for an ectopic pregnancy are detailed below.

Medicine: Doctors may prescribe methotrexate to end an ectopic pregnancy which spares you from an incision and general anaesthesia. Like all other medications, methotrexate too has side-effects and may take several weeks of hormone blood-level testing to make sure that treatment has worked. Methotrexate is prescribed when the embryo has no heart activity or when your pregnancy hormone levels (human chorionic gonadotropin or hCG) are low (less than 5,000).

There could be a case in which ectopic pregnancies can be resistant to the medicine. If taking methotrexate does not bring down hCG levels or doesn’t curb the bleeding, the next step is surgery.

Surgery: Health care personnel will go ahead with the surgery for an ectopic pregnancy that is causing severe symptoms, like bleeding or high hCG levels. In such cases medicine is not likely to work and a rupture becomes more likely with the passage of time. If possible, the doctor will do a laparoscopic surgery that uses a small incision. In case of a ruptured ectopic pregnancy, emergency surgery is needed.

There are different surgeries for a tubal ectopic pregnancy. The doctors usually make a slit in the fallopian tube (salpingostomy), rather than removing a section of the tube (salpingectomy). Surgery is a faster treatment in comparison with medicine, but may cause scar tissue that could cause problems in future pregnancies.