Here’s Why your Diet isn’t Working

Here are surprising reasons your weight loss plan isn't working. Get the facts and get back on track.

When you’ve been abstaining and exercising for months and the weighing scale needle still won’t budge, it’s the most frustrating thing. You’d like to think you’re the world's worst dieters. For years, your weight yo-yoed as you tried every new diet plan out there. Though none of them truly worked for you, you learned something each time a diet plan crashed and burned.

Here are the mistakes weight watchers make when trying to get into their college size. Check if you are making any of them. Read: 7 healthy snacks to make you feel full and satiated

Most people who diet, fear food. Whenever they are at the table for a meal, they are reluctant to fill the plate with sufficient food. Later, they end up compensating with a sweet. Almost 90 percent of dieters fall into this trap. Here’s how: For instance, you ate one roti for lunch because you fear carbohydrates. And later, to indulge the sweet tooth, you have til chikki or an entire ice cream. Your diet goes BAM!

Carbohydrates are your body energy givers. You need them to survive. Carbohydrates should account for 65 per cent of your plate's composition. If you don't, you end up craving them and end up consuming them in a negative form.

You are Making it Large

When they say “Make it large,” they are referring to your life and not your meals. Large meals and long gaps between them are no good. Your body cannot utilise more than 300-400 calories at a time so, keep the intake small.

Think of your body in terms of a car. Just as you would refuel your vehicle, your body too needs to each time the tank is empty. Just like you cannot fill your car's fuel tank once a month and expect it to run hundreds of kilometres a day, don’t expect your body to use energy from one large meal for the whole day. The biggest meal should be breakfast, of course, and the rest should be smaller.

People, who work the night shift, should be reversed this order since energy utilisation changes. Don't leave more than a two-hour gap between meals. How much you eat depends on how active your day is. To maintain a healthy weight, regardless of dieting or not, the three meals should be broken into eight small ones.

You're not Getting Enough Water

Most people don't drink enough water and get on with a high protein diet. They don’t realise that water plays a major role in metabolizing protein. We need anywhere between 3-5 litres a day. Timing also needs to be perfect. Water should ideally be consumed 20 minutes before or after a meal. Combining water and food, leads to water retention, increasing belly fat. 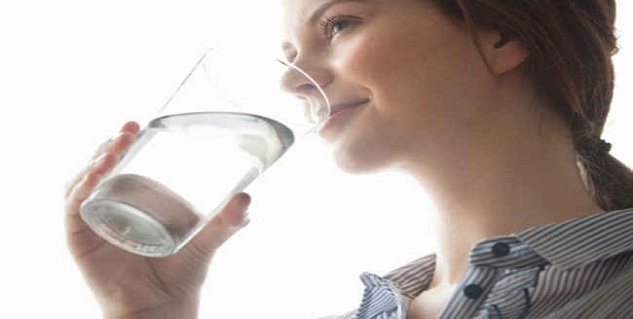 Read: Is it okay to drink water while eating?

A high salt intake also leads to water retention. Avoid sprinkling additional salt when having a salad or a glass of buttermilk. Use powdered herbs, lime or spice to enhance flavour.

You Believe you're Dieting

It seems counter-intuitive, but believing you are on a diet may actually cause more harm. When we think we are on a diet, we avoid certain foods and end up deprived. This leads to constant craving, leaving us more vulnerable to cheating. Instead, you should switch to the idea of turning `healthy', and consider weight loss as a benefit of this new lifestyle.

When people look at a new change, they think it's a temporary shift. So, for a bit, they may avoid fatty foods or sugary drinks, but end up giving in within a few months. Those, who look at it as a lifestyle change will be able to continue the benefits for longer.

Several weight watchers venture into a diet without considering the little obstacles they will face when, say, eating out. So, when you go to a restaurant, you are faced with a menu that doesn't account for your restriction. You end up compromising and are ridden with guilt later.

Carry small portions of healthy snacks to avoid eating junk on-the-go. This will help you to not go overboard on over-the-counter `diet' foods.
So there you have it. If you're guilty of one of the above-mentioned points, it might be time to start making some changes.