Here's Everything You Should Know About Chronic Fatigue Syndrome

Chronic Fatigue Syndrome is a condition with extreme fatigue. Check out the symptoms, causes and treatment of this disorder.

Do you feel extremely fatigue all the time? Well, it might be due to a condition called chronic fatigue syndrome. Chronic fatigue syndrome (CFS) is a complex disorder that causes extreme fatigue which mostly lasts for atleast six months and this symptom cannot be completely justified by an underlying medical condition. The fatigue worsens with physical or mental stress, but does not get better with rest. This disorder is also known as myalgic encephalomyelitis (ME). Another term that is used for this condition is systemic exertional intolerance disease (SEID). 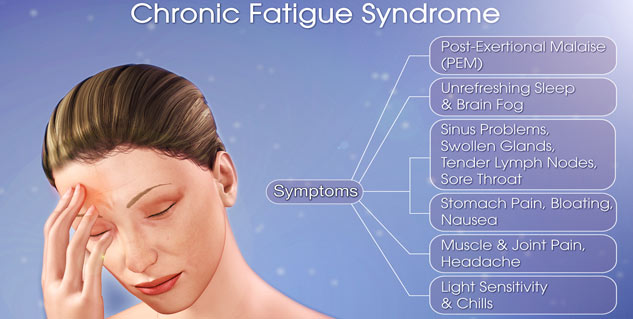 People who have chronic fatigue syndrome, experience severe fatigue and sleep problems. CFS can get worse after people with this condition try to do as much as they want or need to do. Most of the time, fatigue can be justified with one or more of your day to day habits or routines, majorly lack of exercise. It is also commonly related to depression. On occasion, fatigue is a symptom of other underlying conditions that require medical treatment.

A chronic sore throat is a commonly reported symptom in myalgic encephalomyelitis/chronic fatigue syndrome (ME/CFS). It forms part of a range of flu-like symptoms that are very common in ME/CFS patients. You can take treatment for this symptom, but it might eventually come back in some time, unless the underlying condition is not treated.

The main symptom of chronic fatigue syndrome (CFS) is severe and uncontrollable headache that goes on for at least 4 months and does not get improved with rest. This sign interrupts your daily life schedule and can be very discomforting. You can take medicines for headache as prescribed by your doctor. However, this symptom can occur due to other causes as well.

For people with chronic fatigue syndrome or systemic exertional intolerance disease, dizziness is a symptom they have to handle everyday. In some cases, it is like a head rush after every few hours or a few moments of staggering when trying to walk. In other cases, balance can get difficult making fainting a serious issue. You can try some home remedies to deal with this symptom of dizziness.

If you have chronic fatigue syndrome, too much exhaustion is a common symptom. You may wake up in the morning with a feeling that you haven't slept at all. Or you might be unable to function at work properly or be productive at home. You might also be too exhausted even to handle your day to day tasks. In most cases, there is a cause behind the fatigue feeling. 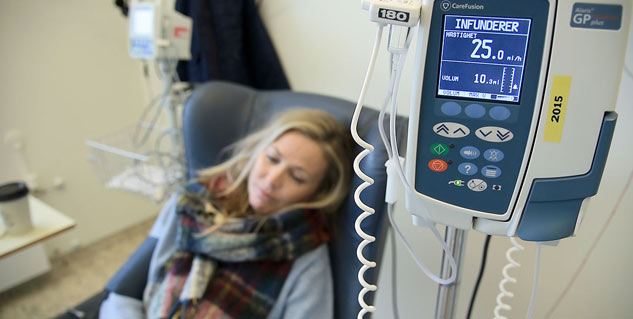 Fatigue can be a symptom of many health problems, such as infections or psychological conditions. In general, it is important to talk to your doctor if you have prolonging or recurring fatigue. There is no single test to confirm the diagnosis of chronic fatigue syndrome. It's also common for people who have chronic fatigue syndrome to also have other health problems at the same time, such as sleep disorders, irritable bowel syndrome, fibromyalgia, depression or anxiety. In fact, there are so many overlapping symptoms between chronic fatigue syndrome and fibromyalgia that some researchers consider the two disorders to be different aspects of the same disease. 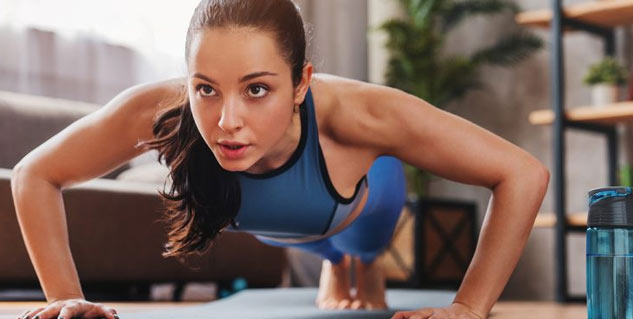 There is no exact treatment for chronic fatigue syndrome. The treatment options only aim on easing the symptoms of this disorder. The most disruptive or disturbing  symptoms should be taken care of firstly. The symptoms can be dealt with, by taking prescribed medications. In fact, therapy is also considered as a beneficial course of treatment for fatigue. Talking to a counsellor about the problems you are facing and ways to deal with them can also be helpful. Other simple lifestyle moderations include avoiding caffeine, exercising and taking a healthy diet.

So, these were the symptoms, causes and treatment for chronic fatigue syndrome or myalgic encephalomyelitis. People with chronic fatigue syndrome can experience  worsening of their symptoms after physical, mental or emotional pressure. This is called post-exertional malaise and it can last for a few days or weeks after the efforts. And, if you experience any of the above mentioned symptoms, then it is important to consult a doctor for diagnosis and treatment.

MORE FOR YOU
Know About Split Webbing Due To Which Rohit Sharma Injured His Hand
High Vitamin D In Brain Associated With Improved Cognitive Function: Study
How Nail Biting Can Impact Your Teeth
Breast Engorgement: Triggers & How To Get Rid Of It
Expert Debunks 5 Myths About Palliative Care
Changes In Menstrual Cycle As You Get Older