For head and neck cancer awareness month, we talked to an expert to know about the symptoms, risk factors and treatment for this cancer.

Head and Neck cancer are classified as cancers that originate and spread from throat, voice box, nose, sinuses, mouth and other related areas. There are various sub-classifications as well based on the body part where cancer has started from like Oral Cavity, Larynx (voice box), Nasal Cavity, among others. Onlymyhealth editorial team spoke to Dr. Shyam Aggarwal, Senior Consultant, Medical Oncology, Sir Ganga Ram Hospital, Delhi, to know about the symptoms, risk factors and treatment of head and neck cancer.

April is observed as Head and Neck Cancer Awareness Month to spread awareness about the disease and sensitise people about various risk factors and preventive measures. Globally Head and Neck Cancer is the 6th most prevalent cancer type. However, in India its prevalence is substantially high as over one third of all cancer cases among men are Head and Neck cancer cases, as per National Centre for Disease Informatics and Research (NCDIR) report 2021. Every year, over 1.75 lakh new cases of Head and Neck cancer come to light in India pushing the cancer burden in the country further up.

According to Dr. Shyam, here are the main risk factors of head and neck cancer: India has the dubious distinction of hosting world’s largest number of tobacco users. Tobacco consumption is the leading cause of Head and Neck cancer. Over one third of the Indian population consumes tobacco in some form, as per Global Adult Tobacco Survey. As per medical practitioners, 70% Head and Neck cancer patients have a history of tobacco consumption including tobacco, areca nut etc.

Individuals who regularly consume both alcohol and tobacco are at a higher risk of contracting Head and Neck Cancer.

Also read: Cancer Diet: What To Have In Head And Neck Cancer, Know From Expert

Spread of Head and Neck Cancer

It is more prevalent in men in comparison to women not only because of biological factors but also due to high tobacco consumption among men. 76% cases are traced in men and 24 percent among women respectively. Biologically men are more than twice likely to contract Head and Neck Cancer in comparison to women. While 42% men consume tobacco (smoked or smokeless), the share of women consuming tobacco was 14.2% respectively.

Geographically as well, the states where people have high tobacco consumption have higher prevalence. In North-Eastern states where tobacco consumption is highest in the country, the prevalence of the disease is also very high. As per NCDIR report, the prevalence was highest at 78.5 patients per 1 lakh population in East Khasi Hill district, followed by 62.5 in Kamrup Urban and 58.4 in Meghalaya. Only 27% cases are localised and 68% have locoregional spread where as 5% have metastatic disease at time of diagnosis in India. 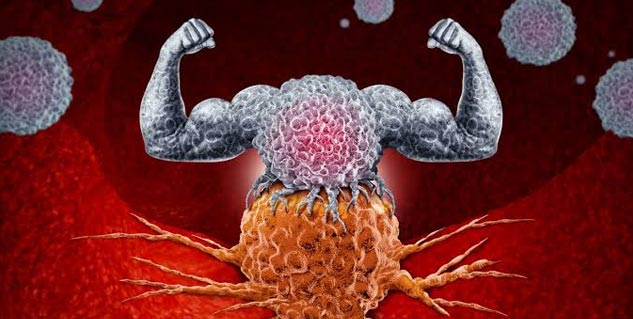 Prominent symptoms that manifest among patients are-

Head and Neck Cancer in most cases is curable if reported at an early stage with a range of treatment options. However when the disease has progressed to regional lymph nodes, the rate of cure diminishes to 40-50%. The selection of the treatment option is also dependent on factors like age of the patient, location of cancer, and spread of cancer. There are five pillars of cancer treatment today. Patients can avail treatment options, ranging from surgery, chemotherapy, immunotherapy, and targeted therapy. Multimodal treatment is invariably recommended.

Immunotherapy: One of the most innovative and novel therapies against cancer is Immunotherapy that works by activating the natural immune system of the body to kill the cancer cells. The medication induces the body immunity and activates it to fight cancer cells. The treatment with immunotherapy drugs is indicated in advanced cancers of head and neck either alone or in combination with chemotherapy drugs. The use of immunotherapy has the potential of curing select cases even in advanced stages of the disease.

As we mark the awareness month for Head and Neck cancer, it is crucial to underscore the importance of healthy living which includes non-consumption of tobacco, liquor and other harmful substances. Annual ENT check-up is also recommended after the age of 40 years which helps in the screening of the infection. It is equally important to not get bogged down by this disease as most cases, if diagnosed at an early stage, are curable. There are thousands of survivors who are leading a normal life after beating cancer successfully.

7 Daily Things You Should Avoid To Prevent Cancer