Happy Birthday Rishi Kapoor: Throwback To His Style Files Which Set The Trends On Fire

Happy birthday Rishi Kapoor. This veteran actor was the style icon in the '80s where he rocked colorful sweaters, wide pants, over-sized goggles like a pro. Here's Rishi's style file.

There is no other actor in Bollywood as charming as bubbly as humorous as Rishi Kapoor. He is a man of versatility where he owns everything with grace and style. He doesn’t look like a typical 67-year old man, at least we don’t think so. He still has that charismatic look which makes him one of a kind. Due to health concerns, he might be out of the silver screen but he is certainly not going off the limelight. He makes his presence felt in either way possible. Known for being bold and blunt, he is often trolled for his words and post but he just can’t stop being straightforward. Currently., he is in the United States getting treatment for Cancer but there is no confirmation on the same. Anyway, let’s just wish our favorite Chintu Ji a very happy birthday with these throwback pictures of him that made him star of the decade.

Son of late Raj Kapoor and grandson of Prithviraj Kapoor, Rishi Kapoor has got everything in his genes. He has a lot of successful hit films in his account like Chandni, Bobby, Karz, Nagina, Amar Akbar Anthony, to name but a few. Her latest movie is ‘Jhootha Kahin Ka’ which was released in July ‘19.

Rishi Kapoor was every girl’s dream man in the ’80s. From colorful pullovers to trendy bell-bottom pants, whatever he wore that time became the style of the nation. Let’s take a look at some of them.

His undying love for sweaters

You would find him wearing sweaters in most of his movies. These went really well with his chocolaty boy look. He looks every bit of charming and stylish in these colorful pullovers. Rocking the High-necks and Muffler

Not everybody can pull off the winter essentials like Rishi Kapoor. This is the reason why costume designers used to experiment with him as there would hardly be anything that doesn't suit Rishi. Admit it or not, not all dare to wear over-sized and/or weird-shaped glasses but Rishi Kapoor looked every bit of handsome and hot in these. It was after he wore these frames in 'Bobby', they became trendy. These were the biggest trend in the late 70s to 80s thanks to Rishi Kapoor. He was admired the most in these wide pants. These bell bottoms went out of fashion in the 90s but they are now back in the game. Youngsters these days are seen wearing bell-bottom denims. 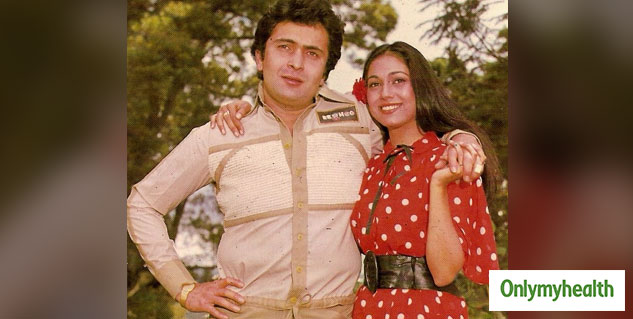 Let's talk about the present. You would now find him in casual and comfy tees in most of the occassions. Only his age number is increasing, his youthful charm is still very much there. Read more on Fashion and Beauty

Fashion Trends For Men: Upgrade Your Wardrobe With Latest Style