Get a sneak-peek of the ‘insomniac gene’ that regulates sleeping. 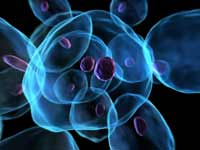 Taking into account the genetic mutation in fruit flies, researchers found out that carriers slept two thirds less than they usually do after elimination of that gene. Before coming up with the result, researchers cloned and tested the faulty gene several times. Codenamed as ‘insomniac’, the faulty gene is tested in over 20,000 fruit flies that exhibited different sleep mechanism. Elimination of specific proteins from neurons present in the brain was identified as the reason for irregular sleep. The degradation neuron pathway is known as Cul3. This is the first time when protein is linked with sleeping disorder.

In the process, scientists used infrared beam to monitor sleeping pattern of fruit flies. After marking out ‘insomniac’, they found out sleeping duration of flies became shorter, lowering from average 927 minutes to 317 minutes within a night. Additionally, researchers also observed change in sleeping pattern of flies with the insomnia gene, which not only slept less but also woke up more frequently.

Nicholas Stavropoulos, part of the research panel, confirmed there was significant change in duration of sleep and ability to remain asleep. However, there is a probability that discovery may only function through homeostatic mechanisms, or could be different from circadian clock pathway functions associated with sleep. He also inferred that poor sleeping pattern of fruit flies did not have any impact on their lifespan, they lived just as long.

Sleep Disorder in HumansCure of Insomnia in HumansReasons of Sleeplessness