Eating a healthy diet isn’t enough; you have to be careful about everyday food chemicals that lead to weight gain. Avoid these 5 harmful chemicals in your everyday foods that can put you at a risk of heart disease, diabetes, and high cholest

Let’s observe a two-minute silence for all those people who are struggling to lose weight but are making zilch progress despite having a healthy diet. Okay okay, we are just kidding. And before you take offence, allow us to make amends by telling you a little secret—your relatively “healthy” diet may be having some everyday foods that lead to weight gain.

Yes, you heard that right. A new research has found certain harmful chemicals in your food that could put you at risk of weight gain—and they sometimes are apparently healthy picks like lean meats, fish, fruits and veggies. Whoa!

Known as obesogens these toxins interrupt our hormonal function and cause an imbalance of good and bad bacteria by altering our gut biome. Due to this, you might undergo confused hunger cues, a sleepy metabolism, and an increase in fat cells and fat storage—all of which leads to weight gain. If that wasn’t enough, these harmful chemicals in foods also increase the risk of heart disease, diabetes, and bad cholesterol.

So, it pays to know about the everyday food chemicals that lead to weight gain and how to avoid weight increasing foods. 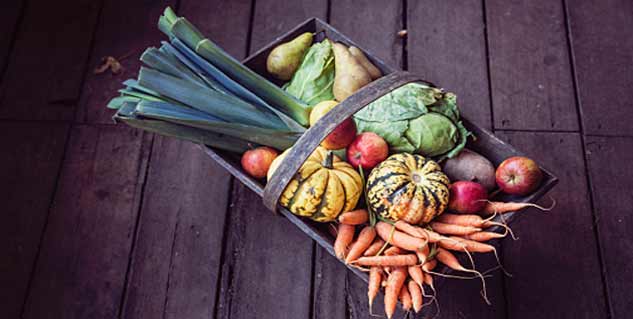 The recently understood dangers of synthetic compound BPA has sure launched a new market for BPA-free bottles but the compound is still found in almost all people tested nationwide. In fact, a Harvard and Brown University study of 1000 American women found that ladies with the highest levels of BPA reported gaining about 230 grams more per year compared to women with lowest levels of BPA.

Some studies have shown BPA to speed-up fat-cell differentiation, interrupt pancreatic functioning and cause insulin resistance—all of which are risk factors for obesity.

Avoid weight increasing foods like canned tomatoes and tuna fish. In fact, canned tuna is one of the most BPA-laden foods on store shelves to steer clear of BPA.

Availability and affordability could be factors behind choosing conventional produce over organic but here’s a reason to make a different choice: Triflumizole, a fungicide used on leafy greens have been linked to weight gain. This was found by a study published in the Journal of Environmental Health Perspectives.

In fact, virtually all common chemicals sprayed on crops disrupt our endocrine system—meaning they encourage fat storage and sabotage our body’s ability to build lean muscles.

Ditch conventional everyday foods that lead to weight gain for their organic versions. The extra cost and effort will be worth your while.

Added to your favourite comfort foods like mayonnaise and salad dressings, emulsifiers are added to processed foods to improve texture and prevent separation. A study published in the journal Nature showed that they negatively impact our gut biome and create a bacterial imbalance. This can result in metabolic syndrome.

Emulsifiers can be hidden in food labels under names like "polysorbates" and "sorbitan monostearate." Steer clear of such and load your diet with whole foods instead.

You eat cattle meat not knowing that they may have been treated with antibiotics and hormones. According to research, these substances can lead to weight gain. Mice exposed to comparable amounts of antibiotics had decreased levels of T-cells, found a New York University study. This leads to an impaired immune function and is linked to obesity. According to another study published in the Journal of Obesity, the obesity epidemic could be a result of the use of steroid hormones in conventional dairy farming and meat production.

Choose "organic," "free range" and "grass-fed" meats and dairy products as they are free of antibiotics and hormones.

They could be more convenient and less messy to use, but your non-stick cookware, also known as Teflon could be a reason for your weight gain. That’s because they contain PFOA, the highest levels of which in pregnant mothers made them three times as likely to have overweight daughters as compared to mothers with lowest levels. This chemical can easily seep into your food from the cookware. PFOA is also found in greaseproof food wrappers and microwavable popcorn bags, so avoid them too.

You can steer clear of harmful chemicals in foods that risk weight gain by replacing your non-stick cookware as soon as you see chips and scratches on them. You could also opt for untreated stainless steel or cast iron utensils.