First Severe Smog Hits The National Capital, Can Be The Longest Since 2017: Report

The first severe smog has hit the national capital, according to a report. Read this article further to know more about it.

Smog and pollution have made it extremely difficult to breathe in a healthy way whenever we are outside our home. It is important to take necessary precautions such as wearing masks to protect yourself from various health hazards caused by smog. According to green think-tank Centre for Science and Environment (CSE), the first severe smog episode has hit Delhi and NCR, ans is expected to stay for another two days. The level of seasonal smog in Delhi is severe, but the daily average measure of smoke from farm fires from October to November 8 has been lowest in the last 4 years.

If we look at the first smog episode of previous four years, the current smog has reached the duration of the first smog of 2018 and 2020 season, as both of them lasted for six days. If the situation does not get better, it might even go beyond the 2019 smog that lasted for eight days, as per CSE. The average intensity of the smog this year till now is 329 microgram per cubic metre a day, which is lesser than 2020 smog by 7 per cent and 2019 smog by 3 per cent. And, it is more severe than the 2018 smog, which is about 9 per cent Anumita Roychowdhury, executive director, research and advocacy, CSE, said, "Predictably, the season's first episode has been triggered by the combined effect of unfavourable weather conditions (cool and calm winds and inversion), stubble burning and firecrackers." 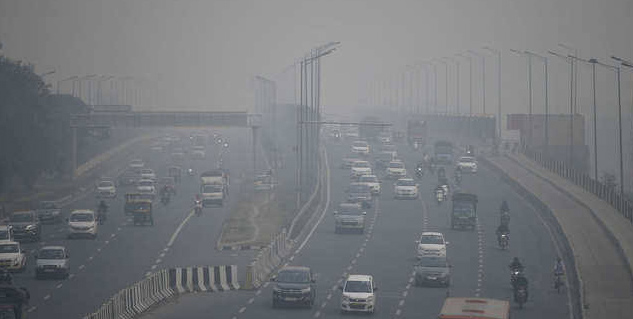 "While very high concentrations of PM2.5 have hogged attention, the levels of gases - ozone, CO or NO2 -- have remained elevated during this smog episode. Also, the ratio of SO2 to NO2 increased on Diwali night indicating increased pollution load from firecrackers. The PM2.5 concentration on Diwali night (8 pm to 8 am) has been the most intense since 2017," said Avikal Somvanshi, programme manager, Urban Lab, CSE. This report is based on the real time data analysis which was provided from the current air quality monitoring stations in Delhi-NCR and the larger Indo-Gangetic Plain.

Also read: Your Skin Can Get Affected By Smog, Here’s How To Protect It

Air Pollution & Depression, Is There A Link? Study Finds Out