Female reproductive system is essential for sustaining human race. Moreover, many women feel motherhood makes her complete. Being better informed on female reproductive health will help in understanding the care that is needed for a woman. 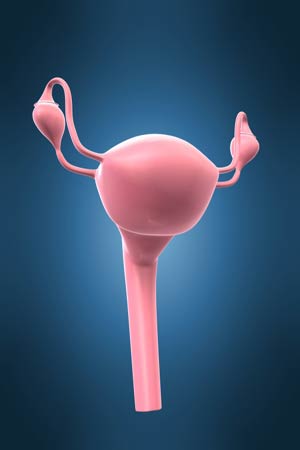 We know that all living things reproduce and this is something that makes us different from nonliving matter. By reproduction living beings make more like themselves. The body of a woman is one of nature’s most magnificent creations. The human race is sustained because of it.

A woman passes through many stages in her life- childhood, puberty, matrimony, pregnancy, childbirth, and motherhood. Many women feel motherhood makes her complete. For a woman her reproductive health is just as essential as other facets of her health. If you know your reproductive system it can help you to understand just how sensitive reproductive organs are, how they make you what you are and how you can keep them healthy.

Vulva: Covers the vaginal aperture and other reproductive organs that are located inside your body.

Clitoris: It is a small sensory organ situated in front of the vulva where the labial folds join. It is an organ that most involved in sexual pleasure in women.

Urethral opening: It is the opening located in between the clitoris and the Vagina. A woman urinates through it.

Vagina: It is a part of the internal reproductive organ that extends from the vaginal opening to the Uterus. The vagina is a fibromuscular hollow and distensible tube. The mucous membrane of the vagina protects and keeps it moist.

The important functions of vagina are:

Hymen: This is a thin sheet of tissue with a hole in it that partially covers the vaginal opening. Hymen generally bleeds when it tears. It can get torn during sexual intercourse or certain activities such as horse riding, cycling.

Cervix: The lower portion of the Uterus which opens into the Vagina is called cervix. The Sperms after sexual intercourse must pass through it in order to reach the egg (ova).

During delivery the cervix dilates and lets the baby enter the vagina.

Uterus: Uterus or the womb has the shape of an upside-down pear. It has muscular walls and a thick inner lining called the endometrium. The egg after fertilization implants itself in the uterus and the fetus develops in it throughout the pregnancy.

Ovaries: Ovaries in women produce eggs. They are small, almond-shaped glands one on each side of the uterus. The sex hormones estrogen and progesterone are produced in it. Usually one egg is released from the ovary after about every 28 days.

The breast: The female breasts secretes milk after the baby is born, but stimulation of the breasts increases sexual pleasure of a woman