Everything you need to know about history and benefits of yoga

Yoga is spiritual discipline which was practiced by several sects. It has various health benefits too.

The word yoga is a Sanskrit word which means to unite. It can mean a lot of things but usually it is referred to the union of body with the mind and ultimately to the soul. It is a process in which you try to dissolve your ego by various spiritual practices such as meditation, as well as abiding by some code of ethics for personal and social conduct. It has existed from time immemorial but from time to time, wise men have propagated it by writing treatises. The most popular Yoga aphorisms are those of sage Patanjali who lived around 2 thousand years ago. 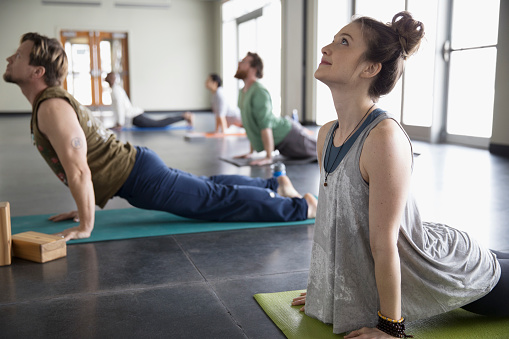 Various sects practicing and propagating Yoga existed in India even before Patanjali but no records exist of their inventor. It was a practice of the Yogis who passed it onto their disciples. The first attempt at maintaining a record of Yoga aphorisms is credited to sage Patanjali. He laid down the principles, philosophy and practices of Yoga that are still quite popular with the practitioners.

Several schools of Yoga have developed over the years but the fundamental principles propagated by Patanjali are still their basis. Apart from Buddhism, Jainism and Saivism are the other major traditions that follow Yoga. Although the spiritual practices involved were much similar to Patanjali, Jainism advocated extreme penance while Buddhism was all about following a middle path between materialism and penance with different code of ethics.

Apart from spiritual benefits, one can expect Yogic practices to provide the cure for the following ailments:

High blood pressure – Practicing yoga has been found to lower stress but the only thing that is keeping it from being included in the treatment manuals of medical authorities is lack of research. Although regular practice of Yoga has been linked to reduced blood pressure, it would be too early to say that you can go without medication after starting it. It is fair to say though, that since Yoga helps to calm you down and strengthens your veins, it can help with blood pressure too.

Diabetes – Yoga can help to lower your blood glucose and hence, improve the condition of diabetes.

Benefits for Heart – Many studies have suggested that Yoga can help to alleviate cardiovascular diseases. The heart rate is linked to blood pressure. If you can control heart rate, blood pressure would be under check.

Other Benefits – There are plenty of health benefits of Yoga which include boosting energy level, improving memory, slowing the aging process, and treats diseases such as back pain, insomnia, arthritis, asthma and even sclerosis.

The most prominent benefit of yogasanas is that it makes the body flexible. Various yoga poses involve a great deal of muscular stretch. This helps in maintaining the overall flexibility of the body. They work to improve the joint mobility by acting on tendons and ligaments.

It improves breathing, thus preventing the occurrence of asthma and other respiratory diseases. It also gives relief to the people suffering from arthritis and other problem related to joints.

Yoga also targets various body pains such as back pain, migraines, headache and spinal pain. It tightens the body muscles and also increases a person’s ability to bear pain. By providing mental relaxation, yoga helps to overcome any kind of physical and mental pain.

Yoga is one of the effective ways to lose weight. It is a natural way to balance body weight. The yogasanas enhance the body’s metabolic functioning, thereby encouraging weight loss. It also controls the body’s eating ability, thus reducing appetite and quickens the fat burning process.

Yoga provides numerous psychological and mental benefits. As it causes mental relaxation, it helps to increase concentration level, enhances attentiveness and brings mental calmness. It also brings positivity and is an efficient cure for stress and depression.

Yogasanas are very useful to treat high blood pressure and cholesterol. It is highly beneficial for cardio-vascular and neurological functioning of the body. It maintains the overall blood and oxygen circulation. It also manages the flow of tissue fluids and prevents any tissue leakage.