Men who eat tomatoes daily have better sperm count and quantity. This is backed by research done by the team of the University of Sheffield.

Men who are dealing with virility issues, researchers have found a safe solution for you. All you have to do is eat one or two tomatoes daily. This would increase your sperm count which thus gives a boost to your virility and vigor.

As per the new research study published in the European Journal of Nutrition, tomatoes have LactoLycopene which is tested to increase the quantity and improve the quality of sperm in men. 40% of men who eat tomatoes regularly noticed the positive results where not only their stamina but also sperm quality got better within a couple of months.

"We didn't really expect that at the end of the study, there would be any difference in the sperm from men who took the tablet versus those who took the placebo. When we decoded the results, I nearly fell off my chair," told Allan Pacey, Head- Department of Oncology and Metabolism, University of Sheffield. 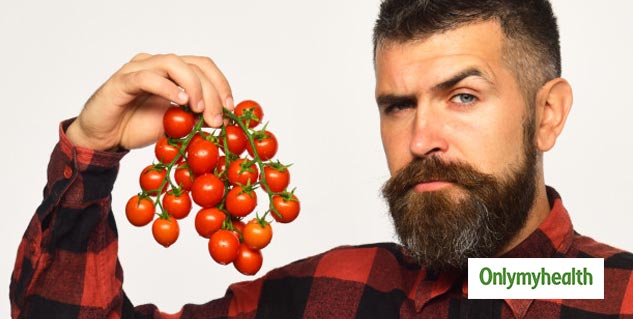 Also Read: Eating a Tomato-Rich Diet May Lower The Risk Of Prostate Cancer In Men: Study

Lycopene is a pigment found in tomatoes that gives them a bright red colour. It is found in numerous fruits and vegetables but tomatoes have the highest amount. Though researchers used LactoLycopene for this study which is a commercial bioavailable substitute of lycopene since our human body doesn’t absorb lycopene easily. Tomatoes are also linked with cancer prevention.

Liz Williams, a human nutrition specialist at the University of Sheffield conducted this research. 60 healthy men in the age group 19-30 were studied for 12 weeks. Half men were given Lactolycopene supplements and the rest were made to eat pills that claim to increase sperm count. Their blood and sperm samples were taken before and after the test. Researchers found that the sperm count of those who consumed lycopene daily increased by 40%. "We were surprised by the improvement in sperm quality shown by the results," said Williams

Also Read: Does Broccoli Reduce The Risk Of Diabetes And Blood Pressure?

"The improvement in morphology, the size, and shape of the sperm, was dramatic. This was the first properly designed and controlled study of the effect of LactoLycopene on semen quality, and it has spurred us to want to do more work with this molecule," explained Pacey.