Being aware of the earliest signs of conception will help you in early detection of pregnancy, preparing you on time to take care of yourself.

Every woman has a different story to tell about her pregnancy and its symptoms, however, there remain some common symptoms that are experienced by all in the early months of pregnancy. 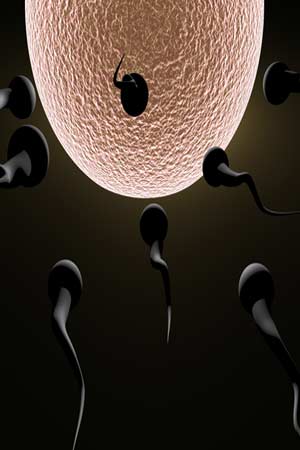 By paying heed to earliest signs of conception, a woman can detect her pregnancy at its earliest stage and soon take a pregnancy test to confirm it.

A missed menstrual cycle is the most obvious early symptom of pregnancy. After a missed period, a woman can undertake a home pregnancy test to confirm conception. For a woman in her childbearing age, who has had perfect menstrual cycles, missed cycle is a sure sign of conception.

One of the prominent symptoms of conception is extreme tenderness and swelling in the breasts; even touching them will be painful. During pregnancy, a woman’s body experiences an incredible surge of hormones leading to ‘strong’ sensation in her breasts. Apart from soreness, the breast size also increases, but this occurs after the first trimester of pregnancy after which the swelling and tenderness of the breasts will subside.

Areolas or the area around the nipple darkens when a woman conceives. Darkened areolas of breasts are another sure shot sign of conception. It occurs because during pregnancy, the level of estrogen and progesterone in the body elevates and leads to pigmentation. Another reason for darkening of areolas is the increased blood circulation during pregnancy.

Basal temperature, which is the body’s lowest temperature at rest increases when one conceives. Due to a probable pregnancy, the expectant woman may feel warmer than usual.  If a woman suspects pregnancy, she may keep a track of her basal body temperature and accordingly, consult a gynaecologist.

Mood swings and irritability with the surroundings caused by turbulent hormonal changes during pregnancy may also be indicative of early pregnancy. Behavioural changes during early conception mimics the premenstrual symptoms, but are far more pronounced.

Early pregnancy is synonymous with nausea, tiredness and morning sickness, courtesy heightened hormonal changes during pregnancy. An expectant woman usually starts experiencing these symptoms from the fourth week of conception and with each passing week, these symptoms aggravate until the first trimester of pregnancy ends. Despite its name, the mom-to-be will experience morning sickness at any time of the day. Sometimes, nausea and fatigue may be accompanied by vomiting. High levels of HCG (human chorionic gonadotropin hormone) are responsible for morning sickness and these levels only subside after the completion of the first pregnancy trimester. As the HCG levels reduce, nausea and morning sickness vanish.

Upon experiencing these pregnancy symptoms, it is advisable that you get in touch with a gynaecologist as soon as possible to confirm the coming of your little angel.