Do You Know Chronic Pain Meds Have Opioid In It? Know How Opioid Could Hamper Your Health

Medicines used in treating chronic diseases and pain are used as drugs which affect your health. Know what Opioid Syndrome is and what the symptoms ar

Rate of drug abuse has increased significantly over the years and even though the rules are becoming strict, the rate of consumption is getting higher every year. There are many illegal drugs which are available in the inside market today for use. The worst affected is the young population who are engrossed in the drug abuse so much that they have started caring less about other things. It is high time we know and understand about the problems and issues related to drug abuse and stop our young generation from consuming unhealthy and harmful hazardous drugs. Let us know about Opioid syndrome which is connected to heroine consumption.

It is combined term which is used for substances which has been derived from opium and their synthetic analogues. This substance binds specific opioid receptors which make it a harmful drug for consumption. Opioids are widely available in the market today hence more of it is available for consumption. Of course, it is not sold in open market as it is an illegal drug, but there are many peddlers who sell it to people and target young audience particularly. Heroin is a drug which is present in morphine, oxycodone, and hydrocodone etc and is consumed like a medical drug for treating chronic pain which requires long term treatment. But sometimes due to routine intake, people get addicted to it and start consuming it without prescription. The use of injection based drug is worse in this case as it directly affect your health adversely.

How Is Opioid Consumed?

Opioid is consumed in a number of ways. It can be due to overdose and abuse of medicinal drugs which contain opioid. Some people also consume it directly which causes addiction and leads to health problems and even death. Opioids abuse happens through these ways the most- 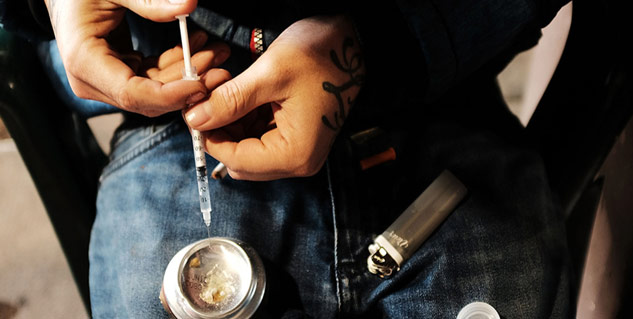 What Is The Impact of Opioid On Health?

Opioid abuse affects the brain leading to temporary feeling of intense pleasure and relief. The type of opioid also determines its later effects. Even the minimal use of opioid can develop the addiction and cause Opioid syndrome. The person usually loses his senses and regardless of knowing the risk consumes opioid is extensive quantity.

Long term opioid consumption leads to opioid syndrome and thus cause man health consequences. It can impair the brains production of natural painkillers and dopamine as well. The effects of Opioid Abuse on health of a person are-

People addicted to opioid syndrome have trouble achieving “high” satisfaction due to which they keep on increasing the quantity and abuse of the drug. The affect becomes stronger and body becomes prone to diseases and severe health issues.

Also Read-Have Problem Concentrating On Your Work? Here Are 8 Activities Which Can Help You Focus

Symptoms of Opioid Abuse and Syndrome What Experts Say About Opioid Syndrome?

Psychologist Dr. Tanu Singh from Healthcare Clinic, Lucknow tells about the risk and patients who are indulged in Opioid addiction. Even though the best way to come out of opioid syndrome is avoiding the use of illegal drugs but eventually due to addiction of opioid, it becomes difficult for them to resist it.

Most of the people who suffer from Opioid Syndrome either fall into drug abuse due to social circle or due to economic situations or certain kind of mental issues. They find escape in the opioid and other drugs and fall for the trap. The best method to control opioid syndrome is counselling sessions and detoxification. It needs the support of their family or friends who get them out of it.

Also Read- Caffeine Can Have Adverse Effect On Teenagers. Know Signs When To Stop

Detoxification- It is done through number of procedures; the main motive is to withdraw the person from drug abuse. However in most of the cases it is not that affective because the patients do not leave it. It also has some side-effects like tremors, hallucinations, confusion, delirium and intense anxiety.

Medication- There is some medicines available to lower down the dosage of opioid drug like methadone and buprenorphine. It works on replacement therapy and symptoms for craving of opioid.

Treatment facilities- There are some programs which are run to deal with facets or addiction. These include-

Some alternative therapies may also help to reduce the opioid syndrome like exercise, hypnosis, acupuncture and herbs. However these methods are more to bring the person more towards normal living standards. 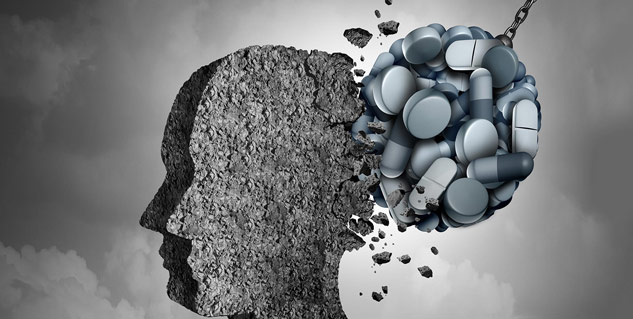 Opioid consumption is very dangerous for your health, it can cause various health diseases and problems. The increase in rate of opioid abuse has resulted in many deaths over the years and it is high time we know about the symptoms and stop the abuse. Opioid abuse can happen due to overconsumption of opioid medication used for chronic patients. It is also taken directly which can lead to death. Hence consult a medical expert as soon as you know about someone suffering from Opioid Syndrome.

Caffeine Can Have Adverse Effect On Teenagers. Know Signs When To Stop