A new study has revealed that by drinking coffee your brain can get such a kick that could boost your memory. 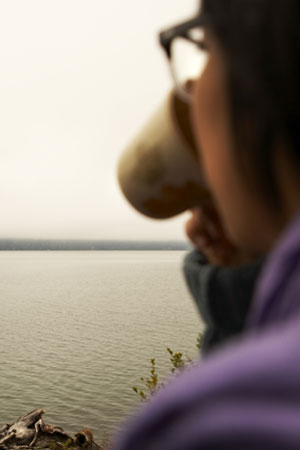 It is quite a common sight to see men and women holding on to their cups of coffee every morning with the ambition of having a great day at work. A new study suggests that your morning cup of coffee actually helps your brain more than boosting any sort of alertness, and therefore it could help memory too.

Researchers from the John Hopkins University has looked at the impact caffeine has on memory and have excluded its other brain enhancing factors. This study has revealed that caffeine enhances certain memories for up to 24 hours after it has been consumed.

The study author Michael Yassa who is assistant professor of neurobiology and behaviour at the University of California had said, "The finding that caffeine has an effect on this process in humans -- the process of making memories more permanent, less forgettable -- was one of the big novelties,"

This study was funded by the U.S. National Institutes of Health and the U.S. National Science Foundation had included more than 100 participants and they were found to be caffeine naïve which meant that they did not have any specific liking for coffee, tea or cola drinks.

Yassa further said, "We picked people who were getting less than 500 milligrams of caffeine a week. Most weren't coffee drinkers. Most had a soda once or twice a week."

This study was published online on the 12th January in the journal Nature Neuroscience wherein the researchers had asked the participants to look at hundreds of common, everyday images on a computer screen. These included shoes, chair, rubber duck and so on. Dr. Yassa said, "We asked them to tell us if it was an indoor or an outdoor object, but we didn't really care about what they said. We just wanted them to attend to the object, to get that object into their brains."

Health Benefits of CoffeeHow can Coffee HelpCoffee for Weight Loss