Too much TV can Damage Kids' Brains

A study at the Tohoku University in Japan found that watching too much television can change the structure of a child's brain in a damaging way. The more time a child spends watching TV, the more profound the brain alterations.

According to a new study, watching too much television can change the structure of a child's brain in a damaging way. The more time a child spends watching TV, the more profound the brain alterations. 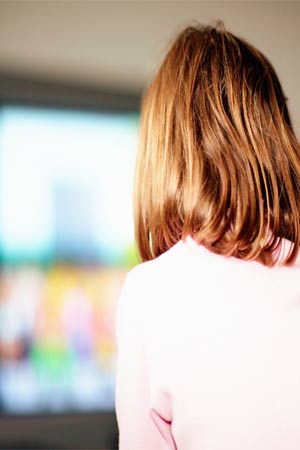 A study at the Tohoku University in Japan looked at 276 children aged between five and 18, who watched between zero and four hours TV per day, with the average being about two hours.

The MRI brain scans suggested that children who spent the most hours in front of the box had greater amounts of grey matter in regions around the frontopolar cortex - the area at the front of the frontal lobe. According to the study authors, increased volume may lower verbal intelligence.

The study findings, published in the journal Cerebral Cortex, highlighted an association between TV viewing and changes in the brain but do not prove that TV definitely caused the changes.