COVID Booster Shots Not 'Appropriate' At This Stage Of Pandemic: Top World Scientists

While a number of rich countries have announced COVID booster shots, many poorer nations haven’t vaccinated even 1% of their population

Even with the spread of the highly contagious Delta COVID variant, booster vaccine doses are not “appropriate” for the general population at this stage of the pandemic, a group of the world’s top scientists wrote in a report published in The Lancet journal on Monday. After reviewing the currently available scientific evidence on vaccines, the scientists wrote, “booster doses for the general population are not appropriate at this stage in the pandemic”. The group of scientists included those from the US Food and Drug Administration (USFDA) and World Health Organisation (WHO). WHO’s Dr Soumya Swaminathan, Dr Mike Ryan, and Ana-Maria Henao-Restrepo, were among the authors of the report.

COVID Booster Shots: What Did The World’s Top Scientists Say?

As several countries have announced, and some have even started administering the booster doses, this is what the scientists said about the third dose of the COVID vaccine: 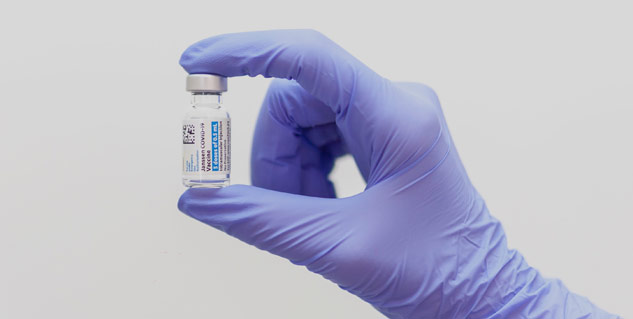 They said that the vaccines remain effective against severe COVID infection, as well as against contagious variants, such as Delta and Alpha. On vaccine efficacy, Ana-Maria Henao-Restrepo, the WHO scientist and the lead author of this paper published in The Lancet journal wrote, “taken as a whole, the currently available studies do not provide credible evidence of substantially declining protection against severe disease, which is the primary goal of vaccination.”

On Current And Newer COVID Variants

The current COVID variants haven’t developed sufficiently to evade immunity generated by the vaccines. The scientists further argued that if newer variants would be able to evade immune response triggered by the vaccines, it would be better to administer boosters that are modified as per the newer strains, rather than giving the third dose of the same vaccine. This is what happens in the case of influenza shots that are modified repeatedly as per the newer strains.

They also noted that more evidence is needed to justify booster doses. “Any decisions about the need for boosting or timing of boosting should be based on careful analyses of adequately controlled clinical or epidemiological data, or both, indicating a persistent and meaningful reduction in severe disease,” they wrote in the paper. They, however, acknowledged that immunocompromised individuals might benefit from booster shots.

What About Vaccine Inequality? A number of rich countries have either started or have announced booster doses for their fully vaccinated population. On the other hand, millions from poorer countries haven’t yet received even the first vaccine dose. On this, the authors of this study wrote:

France has started boosting the elderly and the immunocompromised people. Israel has started administering the third dose to children of ages 12 and above. The US has announced the shots. Its vaccine expert panel will meet on September 17 to discuss the same.

The United Arab Emirates (UAE) is the front-runner in terms of COVID immunisation having fully vaccinated 80% of its population, while 91% have received the first dose. Israel has fully vaccinated 61% of its total population, while the same for the US and France stand at 51% and 63% respectively. On the other hand, several African countries such as Congo, South Sudan, Burkina Faso haven’t administered the first dose to even 1% of their population.

MORE FOR YOU
Study Finds If Or Not Almonds Improve Appetite-regulating Hormones
Manual or Electric: Which Toothbrush Is Better
Study Reveals Link Between Sprinkling Salt On Food & CVD Risk
World AIDS Day 2022: What You Need To Know About Living With HIV
5 Low Glycemic Index Foods Diabetics Can Enjoy, As Per Our Expert
Blue Balls: Is The Discomfort In Your Testicles Psychological Or Real?

Know The Difference Between These 5 Kinds Of Fever