Coronavirus: A recent study has suggested that lung and heart can recovery themselves in 3 months post-COVID-19.

Post COVID recovery health problems: A piece of good news has emerged for people recovering from coronavirus infection. A research conducted in Austria has revealed that three months after the disease is over, the lungs and heart start repairing themselves. This research has been published in the European Respiratory Society International Congress Journal. This research was completed between April 29 and June 9 on 86 patients of Corona.

Researcher Dr Sabina Shahnik found in the study that more than 50 per cent of the corona patients had a problem. They were called for a checkup in the sixth week after treatment. For example, due to difficulty in breathing, the cough was found on the lungs of 88 per cent of patients (found in CT scan). When these people were checked up in the 12th week, the lungs of these patients were repaired by 56 per cent. Among them, 65 per cent were patients who were having difficulty breathing and coughing during the first checkup. Improvement in these symptoms of patients was also seen. In the 24th week checkup, there was a lot of damage repair.

Also Read: MMR Vaccine Speculated To Be A Cure For COVID-19? Researchers Explain

Can this virus remain alive for a week in salmon fish?

Also Read:  Regular Cycling or Walking Post The Lockdown Can Reduce The Risk Of Diseases 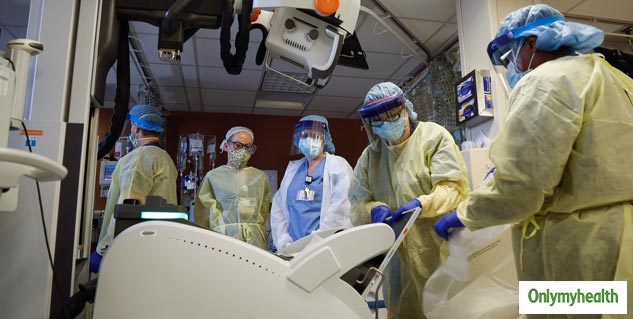 MORE FOR YOU
Scientists Discover Largest Bacteria Till Date, Can Be Seen With Naked Eyes
How Important Is Your Blood Type When It Comes To Your Heart Health? Study Explains
Monsoon Maladies: Steep Rise In Renal And Joint Problems During Monsoon
Doctors Save 15-Year-Old Girl With Fused Kidney By Removing Large Renal Cyst Through Robotic Surgery
5 Things You Should Do If You Shower A Lot, According To a Dermatologist
Face Paralysis and Bell's Palsy: Differences, Characterizations and Symptoms