Preterm labour is the most common complication of twin pregnancy, though there are many more complications as two foetuses share the same placenta in such pregnancies. 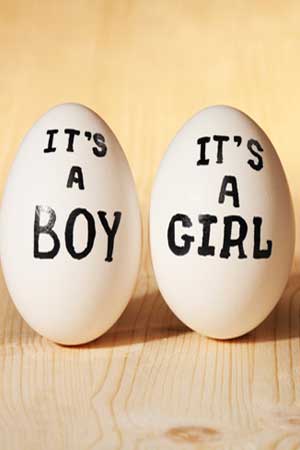 When two foetuses share the same placenta, their umbilical cord may implant anywhere. There is no set or predictable pattern and depending on where they implant, one foetus may get less of the placenta than the other, and consequently less blood flow and nutrition. This is known as ‘unequal placental sharing’. As a result, the twins may grow differently though being identical they share the same genetic material.

The blood vessels that run from each implanted cord may connect with  each other beneath the surface as there is nothing separating them within a single placenta. Depending on the types of blood vessels that are connecting one another, one foetus may transfuse blood to the other. Many of the complications during twin pregnancy occur owing to this ‘twin to twin transfusion syndrome’ (TTTS) and unequal placental sharing.

Twin to Twin Transfusion Syndrome:Because the two foetuses have no barrier separating them from each other, there are almost always blood vessel connections in the placenta shared by two foetuses in MC pregnancies. As a result, in about 10 to 15% MC twins, an imbalance in the circulation of the foetuses may develop, whereby there may be significant transfer of blood from one twin (the donor) to the other (the recipient), resulting in twin to twin transfusion syndrome.

Another complication during twin pregnancy can be the problem of the Acardiac twins or the TRAP Sequence.Twin Reversed Arterial Perfusion (TRAP) is a rare problem occurring in approximately 1% of monochorionic twins. One of the twins usually is structurally completely normal. The other is an abnormal mass of tissue, consisting usually of a lower body and legs, but no upper body, head or heart. Because of the absence of the heart, the term acardiac twin is used to describe this condition. Normal foetus is referred to as ‘pump twin’ because its heart pumps blood to the abnormal mass. The acardiac twin has no chance of survival.

Probably the most common complication during twin pregnancy is that of preterm labour. Approximately 70% of twins and close to 100% of higher order multiples are born prematurely.

Intrauterine Growth Retardation:IUGR can occur in any pregnancy, although it is much more common in women expecting twins or multiples. IUGR occurs when one of the babies experiences difficulties with growth or development while in the uterus.

If you are pregnant with twins, make sure you take good care of yourself and your babies by following a healthful diet plan and exercising moderately.

Reduce your Trips to the Washroom during Pregnancy by Exercising