Here's something you can tell your parents the next time they ask you not to chew gum. A new study suggests that just 10 minutes of chewing gum can remove 100 million bacteria from your mouth. It adds that it is as good as flossing!

Since childhood, older people warned kids that chewing gums are the culprit in tooth decay and dental cavities. However, a new study suggests that chewing gum can actually promote oral health by removing around 100 million bacteria from the mouth in just 10 minutes. 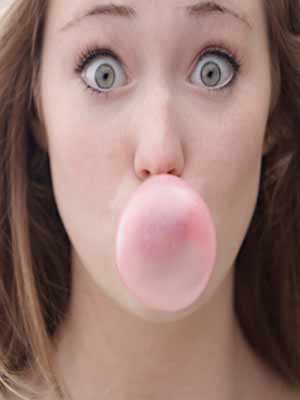 A group of researchers from the University of Groningen in Netherlands discovered that gums can trap and remove bacteria from the mouth. During the course of the study, five biomedical engineering students were asked to chew two types of spearmint for different lengths of time. The time lasted from 30 seconds to 10 minutes.

Later on, they were asked to spit the gum in a cup filled with sterile water for analysis. They found out that there were about 100 million bacteria that were present on each gum. The number of bacteria and microbes increased as length of time for chewing increased.

The study was published in the journal PLOS ONE. Gum could be as effective as flossing, says Medical Daily. However, chewing gum does not remove bacteria in the same places like that of flossing or brushing. But the findings reiterate that the long-term effect of gum is important too.

For brushes, a past study revealed that using a new brush without any toothpaste can remove 100 million colony-forming units per brush.

U.S. Statistics state that the annual U.S. chewing gum sales amounts to $2 billion while 1.74 trillion gum sticks are being manufactured each year. Meanwhile, the largest gum industry can be found in Asia-Pacific region followed by Europe.