Could Gluten Be The Reason Behind Your Hair Fall?

Did you know gluten in wheat can be the cause of hair fall? Refer to this article as doctor explains everything.

You are what you can digest. Most of us have foods like chapatis, parathas, or bread on a regular basis and these things contain gluten. But gluten is not just difficult to digest for some, but can also be harmful to hair and overall health. Recent studies also show that gluten could cause harm to your neurological system as well. This is why you see many people hopping on to try gluten free diets.  But before diving into the details of how gluten affects hair and health let’s first understand how gluten works from Nishita Suratkal, Dietitian at Traya.

Gluten is a natural protein present  most commonly in food grains like wheat, barley, and rye. These are the staple cereal grains for consumption of a majority of the population. Gluten is also found in a variety of commercially packed foods with additives or preservatives. But just as the pronunciation suggests, this protein acts as a glue that holds the food product together. Its stretchy quality helps  things like pizza dough; without gluten the pizza would just fall apart. But gluten can cause gut insensitivity (failure to digest food properly) on a widespread scale.(Click here to find Non-Gluten Flours)

What’s the link between gluten and hair fall?

It has been observed in a study by NCBI that there is a correlation between alopecia areata (an autoimmune condition where hair fall occurs in patches), celiac disease and non-celiac diseases. Even according to Ayurveda, gluten intolerance is the result of a weak agni (digestive fire) as well as the accumulation of ama, a sticky waste product in the intestine which sticks to the gut lining when food doesn't get digested properly. Hence the assimilation and absorption of nutrients are affected due to weak digestive “fire” that can lead to hair loss. Ama is toxic waste in our colon which gets accumulated and slows down the digestive process.It turns into sludge and doesn't get eliminated. Herbs such as haritaki and bibhitaki helps to clear the gut of accumulated toxins and it can be coupled with consuming a light diet of fruits and vegetables and plenty of oral fluids and avoiding heavy fried foods, dairy, meat, and breads. This can tackle gluten intolerance from the root cause.

What are the types of gluten sensitivities?

Gluten is a composite of different proteins of which main components are glutenin and gliadin, which give structural integrity and leavening property respectively to the foods made from wheat. The sensitivities can vary from person to person and ranges from non-celiac gluten sensitivity to celiac diseases that can trigger immune response. There can be attacks on the intestinal cells and damages to the inner lining of the gut, giving rise to inflammation as well as malabsorption.

The gluten content present in wheat results in an inflammatory response that produces various antibodies and inflammatory cytokines, which tend to attack the intestinal cells as well the ones lining the GI system. This affects or impairs the nutrient absorption from these cells leading to several nutritional deficiencies. It also affects the cells secreting the digestive juices for digestion giving rise to symptoms such as bloating, indigestion, nausea, diarrhoea.

Why is gluten sensitivity so widespread today?

Gluten intolerance has become so prevalent because the strains of wheat used now aren’t the same as what our ancestors ate.  Crossbreeding of wheat to increase the yield per acre has led to some of these complications.

Also Read: 5 Reasons Why You Must Switch To Khapli Wheat Flour 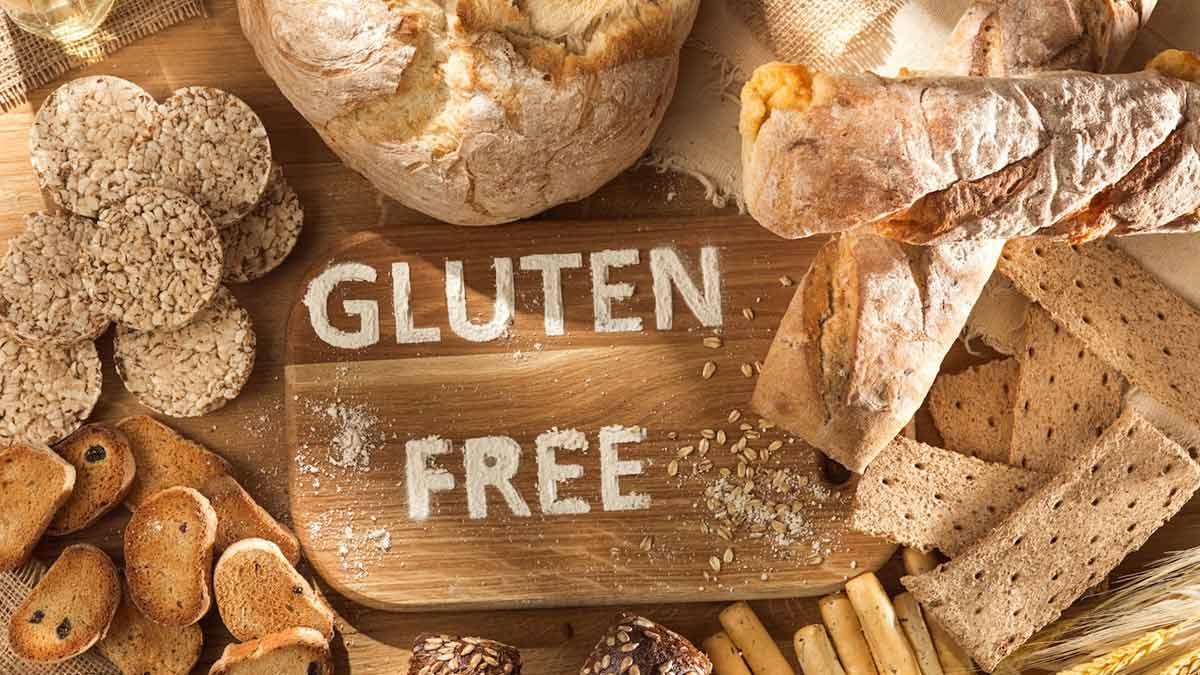 Crossbreeding and hybridization creates wheat that can resist disease and survive droughts. Our bodies instantly recognize this strange new type of hybridized wheat as an imposter, and mount a defense against it. Our immune systems do not recognize the strange DNA sequence from hybridized wheat, and this is where autoimmune disorders and hair loss come into play.

Healthier alternatives to wheat in our diet

All said and done our gut needs healing. We need to lay off food with gluten to aid in the rejuvenation process. According to Dt. Nishita Suratkal, this can improve one’s nutrient absorption and reduce hair loss as well. Including complex, whole grains such as sorghum, finger millet, barnyard millet, pearl millet, buckwheat, quinoa – all of which have better nutrient profiles compared to wheat. There are also more nutrient rich foods that contain omega 3 fatty acids, zinc, and proteins that can aid in the healing process and help control excessive hair fall.

Monsoon Maladies: Hair Breakage Is Common During Rains, Here’s How You Can Prevent It