Some drugs can interfere with pregnancy test results. Be extra cautious if you are on fertility treatment, medications that contain hCG can manipulate the result of test.

If you are on any kind of drug, be it prescription drugs or not, there could be a chance that you are on the edge of danger when it comes to pregnancy. Drugs could affect your pregnancy in more than one way. 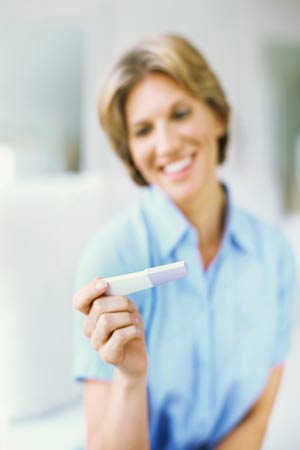 These days, many over-the-counter pregnancy testing kits are available in the market. These kits are generally 97% accurate and cheap and hence are preferred by many women to detect pregnancies. These kits work on the principle of detecting the levels of the hormone “human chorionic gonadotropin” (hCG) either in blood or urine sample. This hormone is produced by the placenta shortly after the embryo attaches to the uterine lining and builds up rapidly in the body in the first few days of pregnancy, thereby making its levels an indicator of pregnancy.

However, fertility drugs / medications containing hCG may interfere with home pregnancy test results. E.g. use of drugs containing hCG, used in conjunction with infertility treatments, may give a false positive result of pregnancy, meaning a positive pregnancy result when actually you are not pregnant.

In such case, it is advised by the doctor to not to take a pregnancy test until these medications are completely out of the system (body).

Certain drugs containing or used in combination with hCG drugs may also give false positive results if the test is performed within 7-14 days of last dose of the drug.

Drugs (analgesics and antibiotics), narcotic drugs (cocaine, marijuana, and heroin) and alcoholic drinks do not alter the result of a home pregnancy test, but it is advisable to not to take test under the influence of these drugs.

A home pregnancy test can give you a nearly accurate result by measuring the hCG level in the urine, in case you are not using drugs that can manipulate the test result.