Breast Cancer In New Mothers- Signs To Look For While Breastfeeding

Breast cancer can occur even when a woman is breastfeeding as it common in new mothers. Watch our for these symptoms.

Women are known to be multitaskers, they juggle a number of roles every day at home and work. In the life span of a woman, her body goes through a number of changes during puberty, motherhood and menopause. All of these changes result in hormonal alterations and physical transformations, which might lead to overlooking certain health related concerns. In this article, Dr. Nanda Rajaneesh, Laparoscopic Surgeon at Apollo Spectra Hospital, Bangalore has explained all about breast cancer in new mothers.

Childbirth is an exhausting process and it is usually followed by an array of sleepless nights, adjustment to a new routine with an infant and a sudden drop in hormone levels as the lactation begins. Breastfeeding is a very emotional phase of motherhood that helps in establishing a bond  between the mother and child. As per a study conducted by Breast Cancer Statistics, one Indian woman is diagnosed with breast cancer every four minutes. It becomes extremely difficult to diagnose breast cancer with new mothers as the symptoms are very similar to that of nursing. Breast Cancer is one of the most prevalent cancers in the world and breastfeeding can mimic certain signs that are also early symptoms of breast cancer.

New mothers often experience constant fatigue, loss of appetite, and other hormonal changes. While these symptoms are not an immediate cause for alarm, if any of them persist or interfere in day to day activities the person should seek medical help.

Breast lumps are among the most alarming signs of a larger problem and should be treated immediately. New mothers often tend to ignore these lumps as they assume them to be blocked milk ducts and also due to the lack of awareness regarding primary health conditions. 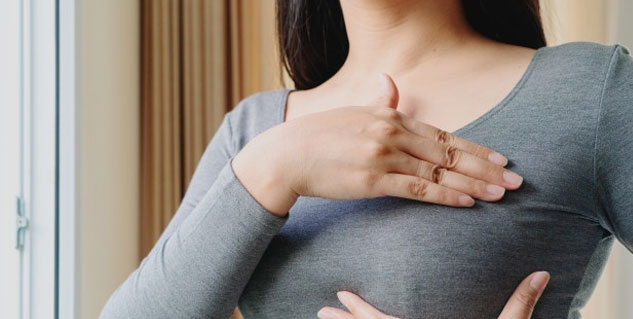 Also Read: Living With Breast Cancer? Here Are 5 Steps To Manage The Disease

Signs and symptoms of breast cancer in breastfeeding women

One of the most common infections that take place during breastfeeding is mastitis which causes the breast tissue to inflate. The causes for mastitis could be blocked milk ducts and bacteria entering the breast, it commonly occurs in the first three months of breastfeeding. The signs to look for mastitis are swollen, painful, tender breasts and fever.

IDC is a common form of breast cancer and accounts for around 80% of breast cancer diagnoses. It is cancer that starts in the milk duct and conquers through fatty tissue or fibrous tissue of the breast. A few symptoms of IDC are redness or rash on the breast along with swollen and painful breasts.

While breastfeeding it is extremely important to pay attention to the body and address any changes. Lumps and blocked ducts are normal during breastfeeding but any hard masses in the breasts that do not shift place on pressing may require medical assessment.

Most women experience watery or milky discharge during breastfeeding and it is completely normal. But any bloody or yellow discharge can be a sign of infection and underlying conditions.

Also Read: This Is How Breastfeeding Reduces The Risk Of Breast Cancer 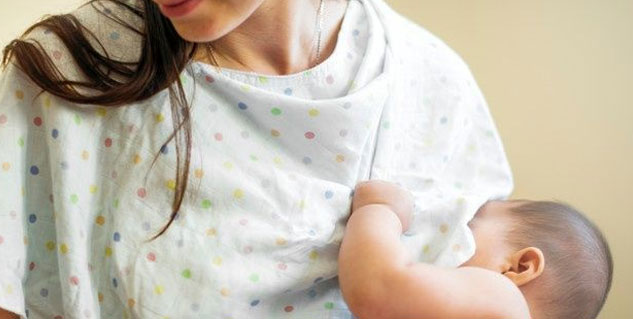 It is common for new mothers to have enlarged breasts due to excessive milk production in the early months. After the newborn develops a feeding routine then a mother’s body produces milk only as per requirement. Any swelling that persists for a longer period should be assessed by a doctor

Taking care of a new life can be overwhelming and tiring and the period of postpartum is  stressful on a woman’s body and mind. The key is to pay attention to any changes in the body and be observant as an early diagnosis can play a pivotal role in treatment. Self examination of breast and regular mammograms are imperative to avoid any further risks and complications.

Can A Woman Be Born With Two Uterus? Know About Uterus Didelphys From Expert