Brain Tumor in Adults: What Are The Causes And Risk Factors Related To It?

A wide variety of primary brain tumours may affect adults. As per the latest World Health Organisation classification, common primary brain tumours include gliomas, meningiomas, lymphomas, embryonal tumours, sellar tumours and others. These are distinct from brain metastases, which represent the spread of primary cancers from other parts of the body to the brain via the bloodstream. At one end of the spectrum are benign, slow-growing tumours which may often go undetected during the lifetime, e.g. meningiomas, pituitary adenomas, while at the other end are the rapidly progressing, malignant brain tumours like glioblastoma, anaplastic astrocytoma, medulloblastoma, etc. which require prompt diagnosis and treatment. In India, the incidence of brain tumours ranges from 5 to 10 per 100,000 population and accounts for approximately 2% of all malignancies.

Like other cancers, brain tumours are also caused by uncontrolled growth and multiplication of cells. The possible factors which may bring about this DNA mutation include ionizing radiation (as from radiation therapy, CT scans or X-Rays), familial predisposition, a prior history of cancers like leukaemia, and also advanced age. A few reports have associated prolonged mobile phone usage with some low-grade brain tumours. 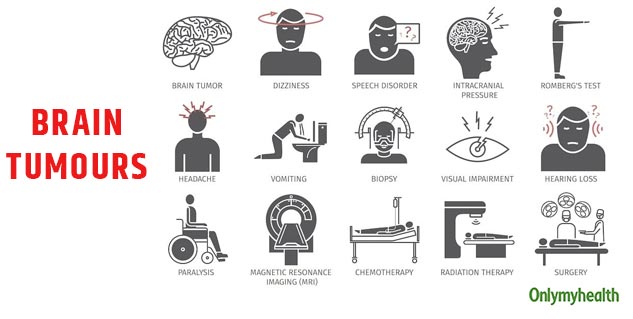 They may arise at different locations in the brain, and lead to symptoms corresponding to their site of origin. However, common symptoms of most brain tumours may include headache, projectile vomiting (sudden onset vomiting without preceding symptoms of retching or nausea), weakness in one or more limbs, seizures, tremors, behavioural changes, loss of bladder or bowel control, and visual or memory disturbances. 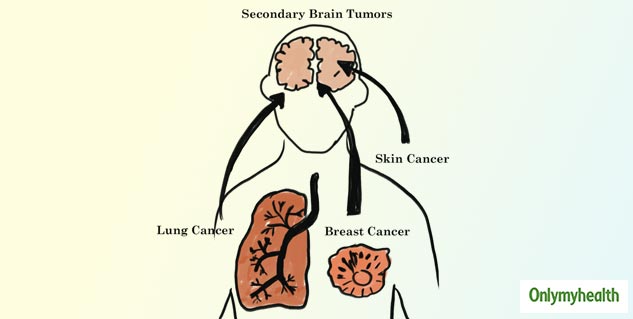 There are no guaranteed ways to prevent brain tumours, and the focus is on early detection. A person who is having a persistent headache over few days that is not otherwise related to stress, fluctuations in blood pressure, or refractory errors or other similar underlying conditions, and if also associated with other symptoms mentioned above should be evaluated for a brain tumour. The correct treatment, instituted at the right time, goes a long way in coming out healthy from a brain tumour.

Head And Neck Cancer In Young Adults: How It Affects The Non-Smokers And Non-Tobacco Chewers?