Bloody Tears During Periods, A Rare But Possible Condition

A woman got bloody tears when she was menstruating. What is this rare condition called and what causes it? Know everything here.

The headline must have startled you as bloody tears are something far beyond our imagination. However, this condition does exist. Yes, it is a rare medical condition where the blood comes from the eyes without causing any pain or discomfort. Recently, a woman experienced this issue after which she visited doctors who were left baffled by her complaint. Scroll down to know more about this.

True Story of A Woman

There are many extremely rare conditions that we do not know about. These are highlighted only when someone encounters them. The same thing happened when a 25 YO woman visited doctors with bloody tears. Crying red tears of blood shocked everyone who saw her. The surprising thing is that bloody tears weren’t accompanied by any kind of pain or discomfort in her eyes. This made the situation tricky as in general, blood comes after a wound or injury that causes discomfort. Since the woman wasn’t facing anything such, it was clear that there is no eye injury that is causing her eyes to bleed. 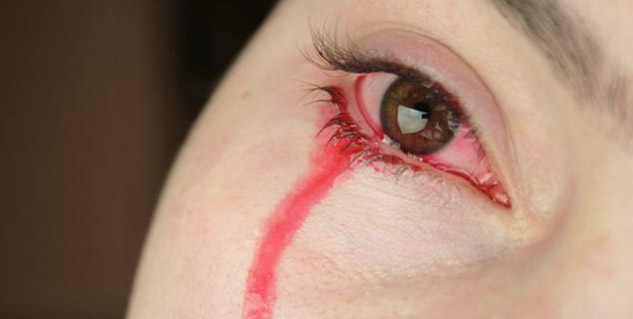 Upon inspection, the woman told that she experienced the same last month as well. Doctors asked her to undergo some tests to find the root cause of this problem. Sadly, they couldn’t find traces of any injury or other possible causes of bleeding from eyes. She didn’t have a chronic eye issue or a family history of a similar condition. This left the doctors puzzled as to what is causing her eyes to bleed? When the doctors examined more and questioned the lady, they found that both the times when bloody tears came, the lady was menstruating. This was a pattern that they could find out. But this made them finally understand that this problem of her is because of Ocular vicarious menstruation, or Haemolacria which is a rare medical condition.

Also Read: Are You Coughing Blood? It Could Be Due To Haemoptysis

What is ocular vicarious menstruation? 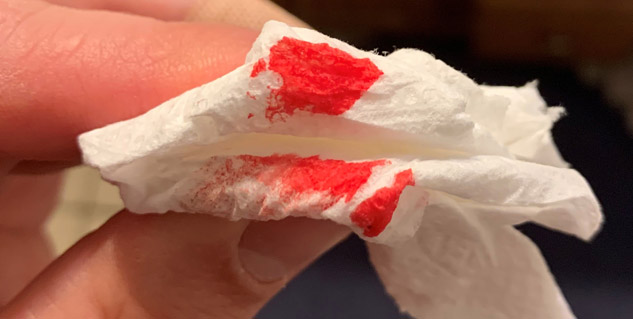 Let us tell you what this condition is. This medical condition is defined as cyclical bleeding in extragenital parts during periods. This can make a woman bleed from the eyes, lips and nose. While nose bleeding is very common, bloody tears from the eyes is rare. Also, the case of this woman is not the first. There are many instances where menstruating women experienced bloody tears including that of a 17 YO girl.

Besides, there is another medical condition named Haemolacria that causes bloody tears irrespective of gender or health condition. In this, the tears of a person are made of water and partially blood. This is different from the ocular vicarious menstruation condition which only occurs during menstruation. 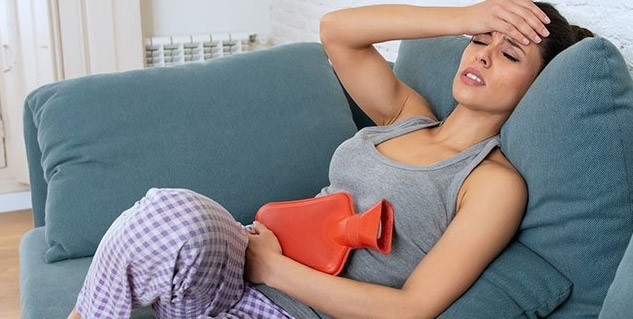 The main cause of this condition is vascular permeability. Hormonal changes during periods affect this which leads to bleeding from the eyes. According to the study done by the British Medical Journal, ”Vicarious menstruation is considered to be due to response of vasculature to the hormones in the presence or absence of endometrial tissue at extrauterine sites, although its exact pathophysiology is not very clear. Oestrogen and progesterone can increase permeability of capillaries resulting in hyperemia, congestion and secondary bleeding from extrauterine tissue.”

This is a rare condition but it doesn’t have any life-threatening consequences. It is important to see a doctor if you witness anything unusual with your body. This condition is caused due to hormonal changes and therefore administering hormonal drugs can stabilise the condition of the woman with ocular vicarious menstruation.

MORE FOR YOU
Q&A: Facts To Know About Arthritis From An Expert
Do You Know About Protein Poisoning? Here Are Effects, Causes, Symptoms Of This Condition
1st Zika Virus Case Of UP Recorded in Kanpur, IAF Officer Infected
Study: Eating Millets Regularly Can Fight Anaemia
7 Natural Treatment Options For Jaundice In Newborn Babies
7 Unhealthy Foods And Their Healthier Alternatives