Virus Vs Bacteria: Understand The Difference Between Bacterial And Viral Infections

Virus Vs Bacteria: Can viral infections be treated with antibiotics?

Here is a microbial flatworm stretching around in a drop of water. Note the two dark eyespots. This is Turbellaria, a Platyhelminthes worm. Bacteria can be seen moving in the background. Collected from a freshwater Florida pond and magnified with 100x DIC. #worm #microbiology #microbes #biology #pondlife #worms #science #stretch #cute #animals #animal #bacteria #cute #wildlife #microbe #foodchain

Bacteria and viruses can cause many common infections. But most people do not know the difference between these two types of infectious organisms. Bacteria are small microorganisms that are made up of a single cell. They are very diverse and can have a large variety of sizes and structural features. Bacteria can live in almost every imaginable environment, including the human body. At the same time, only a few bacteria cause infection in humans. These bacteria are known as pathogenic bacteria.

The virus is another type of small microorganisms that are smaller than bacteria. Like bacteria, they are also very diverse and have a wide variety of shapes and characteristics. The virus is unique in that they are parasitic. This means that they require living cells or tissue (require living cells or tissue to grow), in which they develop themselves. Viruses can invade your body's cells and can multiply their components. Some viruses also kill host cells as part of their life cycle.

Bacteria are single-celled microorganisms, which are found everywhere. They are found in air, soil, water, plants and animals. Most bacteria (including bacteria living in our intestines) are called good bacteria. 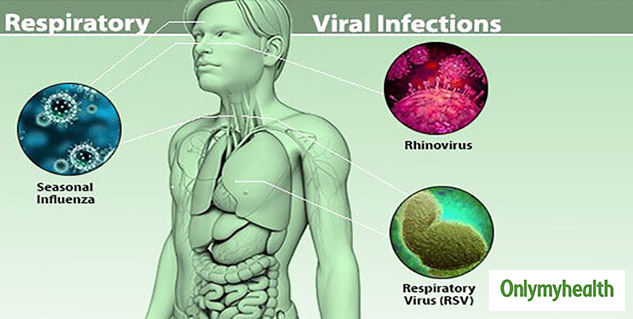 How do bacterial infections spread?

Many bacterial infections are contagious, which means that they can spread from one person to another. There can be several ways, including:

What do you think should we stay with antibiotics or we should move on & start utilising bacteria-killing⁣ viruses?⁣⁣ ⁣⁣ Follow @bylabstud for more.⁣⁣ ⁣⁣ Antibiotic-resistant bacteria or⁣ ‘superbugs’ are rising. Are we ready for them?⁣⁣ ⁣⁣ It takes 15 years for a new antibiotic to be developed and tested.⁣⁣ ⁣⁣ But it just takes 10 years of widespread use before bacteria resistant to that drug become⁣ common.⁣⁣ ⁣⁣ In Europe, 400,000 people a year are infected with superbugs, but only 25,000 (six per cent) of these cases are fatal.⁣⁣ ⁣⁣ The superbug problem is serious but antibiotics still save a huge number of lives.⁣⁣ ⁣⁣ In the future, we may need to move away from antibiotics altogether and use bacteria-killing viruses known as ‘phages’ to target⁣ the superbugs.⁣⁣ ⁣⁣ What are your thoughts?⁣ ⁣ ⁣ ⁣ ⁣ ⁣ ⁣ ⁣ ⁣ ⁣#superbug #superbugs #antibiotics #antibioticsresistance #antibioticsfree #medicine #medicinestudent #medstudent #microbiology #microbiology🔬 #microbiologystudent #microbiologylife #microbiologylaboratory #medicalmicrobiology #antibioticresistance #bacterialinfection #bacterialgrowth #flu

In addition to spreading from one person to another, bacterial infection can also spread through the bite of an infected insect. Besides, consuming contaminated food or water can also cause infection.

How does the viral infection spread?

Like bacterial infections, many viral infections are also contagious. They can spread from one person to another in one way or in several ways. Such as:

Are you concerned about your state of Health & Wellness leading into these uncertain times? Are you ready to make some changes?⠀ Would you like to partner with a coach to journey with you to get you where you are feeling healthier, better prepared and more empowered?⠀ ⠀ I'm taking off my perimenopausal hat (I feel compelled to be available to anyone in these daunting times) and would like to offer myself as a health and wellness coach to anyone in the community who seeks support.⠀ ⠀ If you are ready to make self-determined lasting habit changes. PM me Blessings 🙏 Sonya⠀ *⠀ *⠀ *⠀ *⠀ *⠀ #healthandwellness #healthy #healthyfood #healthylifestyle #healthyeating #healthyliving #healthychoices #healthylife #realfoodheals #feelingstressed #unhealthyliving #immunehealth #immuneboosting #immunesystem #viralinfection #coronaviruspreparation #coronavirusprep #coronavirusprevention2020 #lismorensw #northernriversnsw #ballinansw #byronbaynsw #mindfulness #restandrelaxation #selfcaretips #keepinghealthy #keepinghydrated

A post shared by Sonya the Perimenopausal Coach (@habitsforwellness) onMar 16, 2020 at 3:49pm PDT

What are the common viral infections?

Some examples of viral infections include:

Antiviral drugs, which usually do not destroy the virus, but can prevent its development. According to Medical News Today, antivirals are also available to treat certain diseases such as herpes simplex virus, flu and herpes.

Are You Sharing Germs? 9 Things That We Share Have The Most Germs On Them